A Brief Insight on Indonesian Perspective on the Election 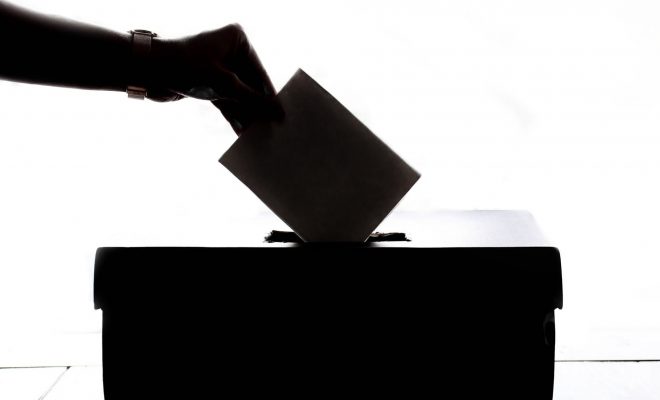 An election can be defined as simply as choosing someone to fill a certain political position. In Indonesia, the positions varied, ranging from the positions of president/executive, representatives of the people/legislature at various levels of government, to the village head.

Elections are conducted within a certain period. In Indonesia, elections are held every five years. What do Indonesian grassroots think about elections? Here is a brief Indonesian perspective about their election.

Q. Are you an eligible citizen to join the election? (SA)

Based on the General Election Commission (KPU), in 2019 there were192.83 million Indonesian who have the right to choose in an election.

Q. Have you ever participate in an election before? (SA)

From the result, we know 72.6% of respondents had participated in an election before. They had experiences from the previous election in Indonesia.

Meanwhile, 27.4% of respondents said that they had never participated in an election. It means some of them will be new voters.

Q. Where do you usually get references about political stronghold that you support? (MA)

Television becomes the major source of Indonesian to get references about political parties or movements. No wonder, in election years, you will see massive political parties, faces or entities on your television screen.

Politicians will show up on television to be recognized by people. They promoted their program and activities in their campaign process. But, to do this, politicians or parties must obey the rules from the General Elections Commission.

Next to television, online news media is also used as a major source by 41% of respondents. Indonesian online news media are fast-paced. You can get the latest news in minutes! When the campaign period begins, political news will flood online media channels.

22.2% of respondents still got information about politics from newspapers. Yes, even though newspapers are not a primary choice of information anymore, political news provided in the paper are usually deeper and more comprehensive.

We can see that classic saying ‘who own the media will rule’ is still replicated in Indonesia. However, if you were a political entity, you have to be careful.

Several media in Indonesia are starting to be distrusted because they are too partial to certain political entities. With this situation, the campaign through mass media in an excessive way could be counterproductive.

The other 31% of respondents use social media to get pieces of information from several political accounts. Indonesian usually read social media to counter mainstream mass media. Social media is proved useful in shaping public opinions in politics. It can also be used to inform about the political movements of a certain party or strongholds.

However, social media is filled with hoaxes as well. The social media war in the campaign sometimes becomes too bad since some ‘buzzer accounts’ paid by one candidate will attack the personality of other candidates and whatsoever. So, if you want to take part in Indonesia, be prepared for extensive social media arguments and war.

Q. In your opinion, what important points when choosing a presidential candidate or legislative member? (MA)

Religion also affects voters’ decisions in an Indonesian election. Truth to be told, religion has a bigger impact than you can imagine in shaping Indonesian’s religious voters’ perspective. No wonder, almost all political candidates will try hard to show their religious-self, or at least pretend to be a religious one.

Q. What presidential candidates or legislative members’ policies/programs that you interested the most? (MA)

The Indonesian unemployment number is quite high, especially for those who were just graduated from university. Indonesian also faced health and welfare problems, since many of Indonesian families still can’t get proper health service.

Meanwhile Education in Indonesia is not evenly distributed. Many schools in rural Indonesia do not have adequate infrastructure. News of school buildings often collapses in various regions in Indonesia.

Other than those three, finance, business, and resource management are also considered important with each percentage of 30%.

Q. When you make a selection, do you choose because of the party or its prospective person? (SA)

35.8% of respondents claimed they choose a person over a party in the Indonesian election. The other 30.8% think that both parties and persons are an important consideration in an election. Meanwhile, 22.4% think a political party is more important than the candidates’ personalities.

By this fact, Indonesian rather choose a person over a party in the election.

Q. Do you talk about politics with your family? (SA)

Indonesian are not reluctant to talk about politics with their family. Some families fought during the election because of their differences in opinion and political choices.

Well based on the survey results, we can see that Indonesian’s primary source of political information is television, online media, and newspapers. It is good for political entities to approach media in a good way to socialize the programs.

Social media power should be prepared as well since arguments war mostly happened in social media. It is not an exaggeration if political parties or candidates recruit Influencers during the campaign period to socialize themselves or conduct counter-arguments.

Political entities should introduce more on their candidates since Indonesian voters are rather leaning more into a person than into the party. Candidates also have to offer breakthrough solutions for unemployment, health, and welfare, and education to be recognized by Indonesian voters.

Indonesian Wallet Problems, What kind do they prefer?