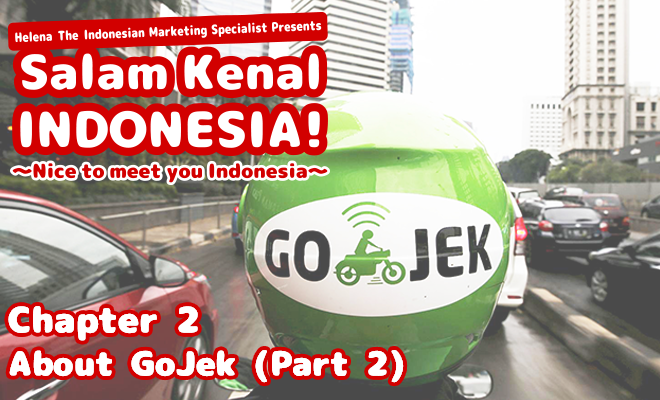 This time I will continue the previous post, introducing about GO-JEK, the Ride Share application that has become popular topic of discussion recently in Indonesia with Dito, writer from Indonesia.

Beside car and motorbike service, GO-JEK also offers several other kind of services in their application, but the most popular one is their motorbike service called GO-RIDE. I think the fact that GO-JEK is cheaper and safer than conventional taxi is the reason why it is so popular. Motorbike taxi is not a new trend in Indonesia, but since passenger has to negotiate the fare with the driver each time, it is making the price standard hard to understand, since the price may go up and down depends on the negotiation result. Even the driver will give a high fare if the passenger wear a fancy clothes, or when the destination is places like shopping mall or other places where rich people would go. Since the driver is a free worker, there also no guarantee that the driver won’t do any harm to the passenger.

It is said that in Indonesia the conventional taxi fare is high, the farther the distance, the higher the fare. People would usually avoid getting taxi if the destination is far. Using GO-RIDE and GO-CAR, the distance will be decided by system, and passenger can see the driver profile using the application so it makes commuting late in the night more reassuring. 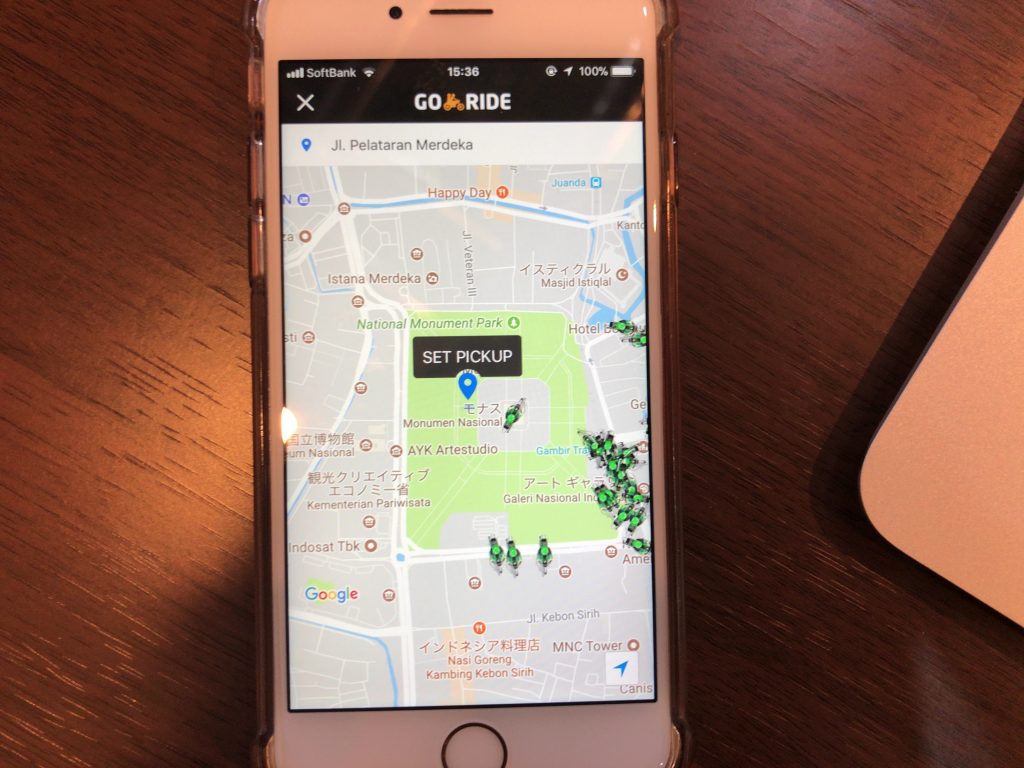 GO-JEK also established other services such as shopping service feature, where the driver will buy the customer their requested things, also they have delivery service and you can even buy movie ticket using the app. They have 3 kinds of shopping feature. The one where driver will buy foods from restaurant is called GO-FOOD, they also can buy you your groceries on your preferred mini market or department store using their GO-MART feature and last one is GO-SHOP where they will buy things you requested on the shop that is not listed in GO-MART. The delivery service called GO-BOX and the movie ticket, you can buy it on the GO-TIX feature. Recently they also released feature that offer room cleaning service and also massage service. They are adding even more convenient services to their application.

At first GO-JEK was only available in Jakarta but then GO-JEK developed the application and now it’s available in more than 50 areas in Indonesia. A lot of people life became more convenient since then but this is not a good news for other conventional transportation service. GO-JEK existence threaten other transportation service business that previously existed in Indonesia. Therefore on March 2016, a huge demonstration was held by drivers who reject GO-JEK to run a business in Indonesia. 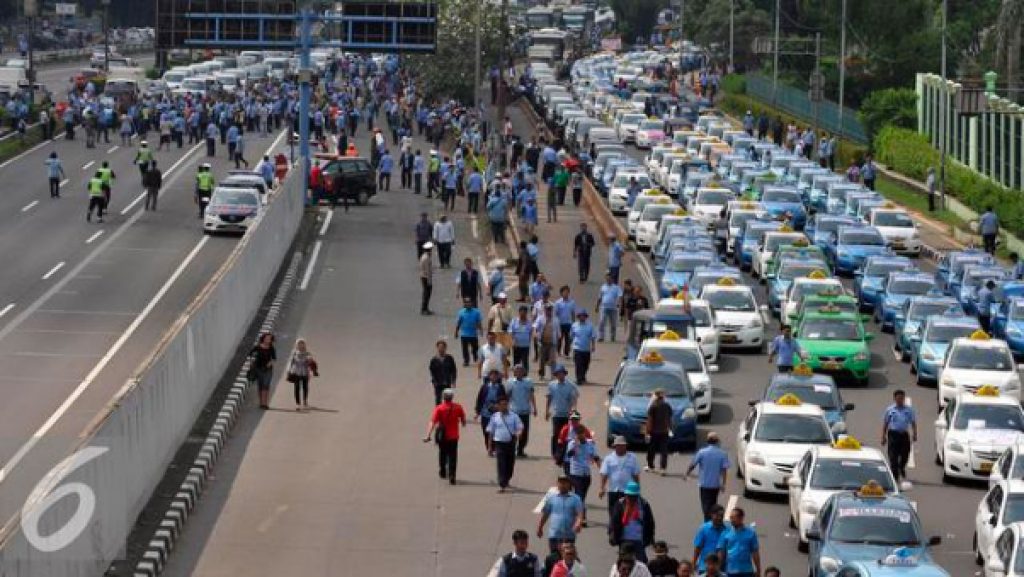 They parked their taxi in the middle of the road, made the traffic stopped entirely that day. There also driver of conventional taxi who attacked GO-JEK driver that drove around the demonstration site. 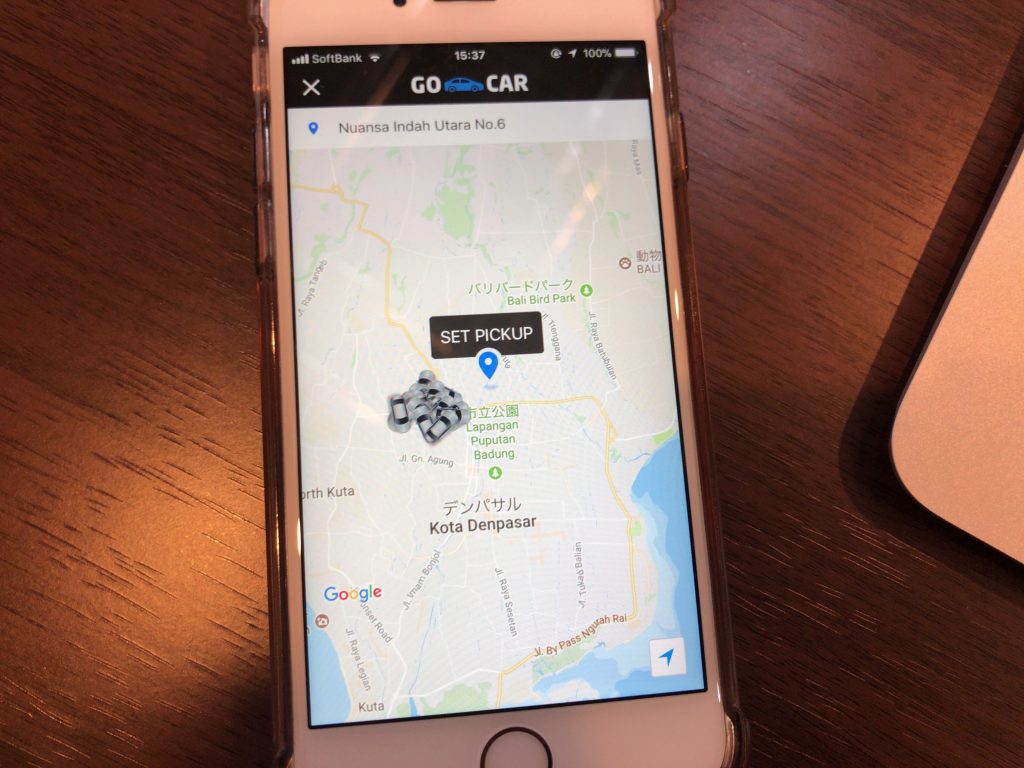 GO-JEK responded by adjusting their application and started collaboration with other taxi driver companies so other conventional taxis can apply to GO-JEK and get passenger using GO-JEK. They also added new feature special for conventional taxi. This positive respond made GO-JEK even more popular and now GO-JEK is known by everyone in Indonesia.

So what do you think? For anyone who wish to know more about Indonesia, we’d like to hear your comment!

In the next post, we will talk about Indonesia’s Nail Salon!