Grow Business Faster Better Stronger with Followers, But Which Platforms?

Followers on social media are a measure to show how to attract your account about something you posted. If you have a lot of followers on Instagram or Twitter, friends or fans on Facebook, and subscribers on Youtube, it will indicate you are something worthy as a public figure who has a massive impact to the others on social media.

Followers have a strong point to grow in the business sector. If you can reach a high number of it, your products will reach large attention and get a market.

But do you know which platform that Indonesian always use and has many followers? Let’s find the answer by the survey which was done by the Licorice:

Question: What is your media social platform do you use the most? (SA) 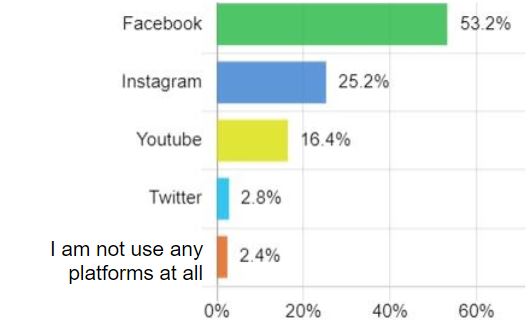 Based on the survey, Facebook is the most used social media in Indonesia with 53.2% of the respondents stated. It followed with Instagram is with 25.2% of the respondents. Meanwhile, Twitter becomes the least desirable by the respondents with only 2.8% in number. The percentage of Youtube is at the third rank. So according to the sample
Indonesians tend to use Facebook the most. 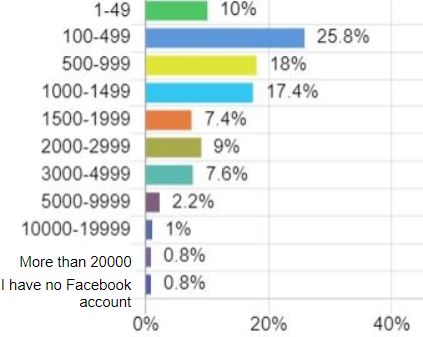 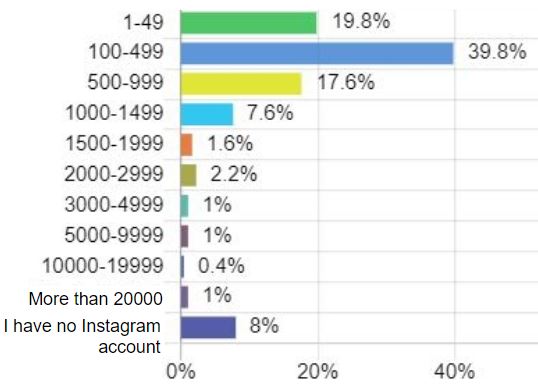 Besides Instagram and Facebook, there are Twitter and Youtube. Of course they are not bad for also support your brand. Because to get as much as exposure is the key. So, let’s take a look number of them 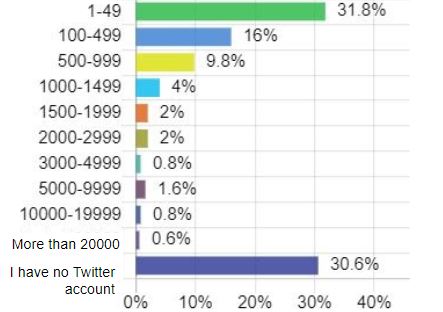 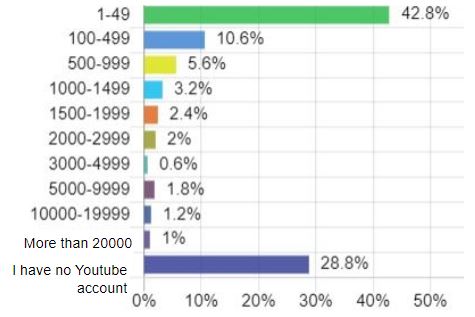 To sum up, growing the business sector through social media is one of the best ways. But first, you have to admit what platforms you will use. In Indonesia, there are Facebook and Instagram that have good prospects. It will better to promote your brand and spread the coverage of market selling with these platforms. Why? because many Indonesians have the Facebook and Instagram account, instead of Twitter and Youtube.

VR Has A Good Trends in Indonesia, Adventure is The Most Excited Game Genre

Indonesian Chose WhatsApp As A Worth Personal Notification, Why?