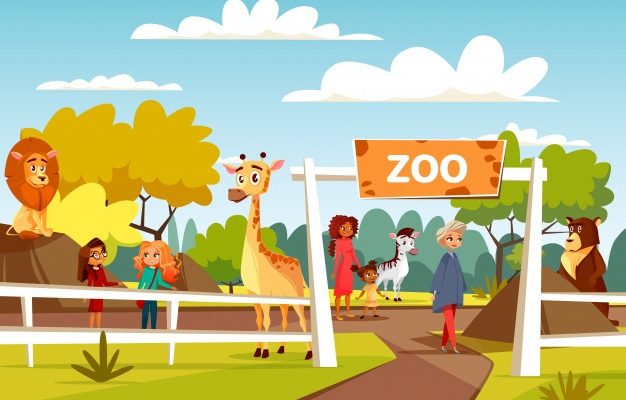 In Indonesia, zoos, places where wild animals are kept for public display, are a very popular place of entertainment and is loved by children. That’s because, at the zoo, people can learn about animals in a fun way. How much do people like to visit the zoo? What is their purpose in visiting?

Let’s find about Indonesia’s preferences in the zoo.

This result is from a survey done by Licorice.

About 43 percent visit the zoo because they like animals, and 39.4 percent want to see animals. Parents usually take their children to the zoo to see and learn about animals. While for children themselves, seeing animals in person offers a pleasant experience. Moreover, going to the zoo also makes adults feel happy. Even for some couples, the zoo can be a dating place.

Q: Where is the zoo you have visited? (SA)

Indonesia has recorded 25 zoos scattered throughout the region. According to Licorice’s survey, 32.4 percent have been to Indonesia Safari Park. The zoo, which has existed since 1980, is located at Puncak, Bogor, West Java. The uniqueness of Indonesia Safari Park is the visitor can walk around to various places to get a close look at all types of animals by using a private car or take a bus that has been provided by the manager of the Safari Park.

In the second place, about 23.6 percent, have been to Ragunan Zoo. This zoo is located in Ragunan, South Jakarta and became the first zoo in Indonesia. Ragunan Zoo is famous because it is located in the capital city and the price of the entry ticket is cheap, which is around Rp 5,000.

Q: What is your motivation for the next visit? (SA)

About 58.6 percent want to see endangered animals for the next visit to the zoo. Some zoo has programs dedicated to protecting endangered species, both in captivity and in the wild. This is a good thing because, in addition to saving the animals themselves, it is also an education for the public to take care of endangered animals. one of the zoos in Indonesia which has endangered animals is the West Java Natural Resources Conservation Center (BKSDA).

Q: In this list of endangered animals, which one do you want to see?

Based on Licorice’s survey, 42 percent want to see a white tiger. In Indonesia, a white tiger in several zoos. Many people like to see white tigers because these animals look cool. Moreover, tigers are also known to swim.

While 39 percent, want to see a giant panda in the zoo. In Indonesia, only Indonesian Safari Park has a giant panda. A pair of giant Wenchun, Chinese giants Cai Tao the male panda and Hu Chun the female have arrived at the Indonesia Safari Park Panda Palace since September 2017.

Last, 24.2 percent want to see Sumatera rhino. This kind of rhino is the only Asian rhino that has two horns. These animals are included in the classification of critically endangered species in the list of endangered species threatened by the world conservation agency, IUCN. So, because of its rarity, many people want to see this rhino directly.

For Indonesians, visiting the zoo brings a pleasant experience for everyone, especially for children. They can learn about animals in a fun way. In Indonesia, the Indonesian Safari Park is still the most favored zoo by the people. That zoo, not only has ordinary animals but also owns and cares for endangered animals. The three animals that most wanted to be seen by Indonesians are the white tiger, giant panda, and Sumatera rhino.