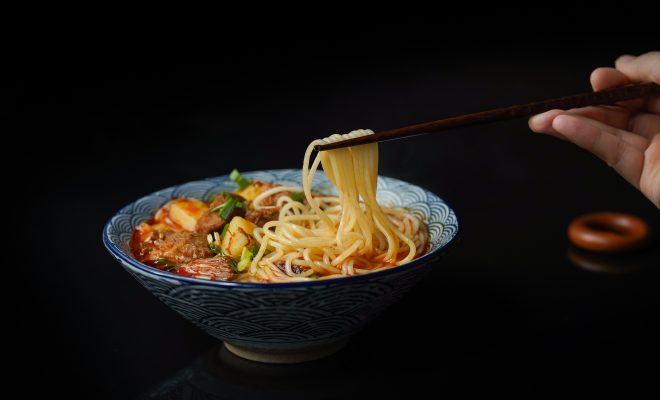 It is no secret that Indonesians cannot live without noodles, both noodles that are cooked with various variations and instant noodles. Moreover, noodles themselves also include carbohydrates, they are also often used as a rice substitute as they pair well with vegetables and proteins such as eggs, corned beef, and meatballs.

How often do Indonesians eat noodles? What variations of noodles do they usually consume? Let’s find out.

Indonesians love to eat noodles. It tastes good, easy to cook or easy to find in various eating places, making noodles so loved by Indonesians. Also, the noodles in Indonesia are presented in various kinds according to local specialties in 34 provinces, such as Aceh noodles, Tek-Tek noodles, Shake noodles, and dozens of other variations. No wonder if more than 90 percent said they love to eat noodles.

Q: What time do you usually eat noodles? (MA) 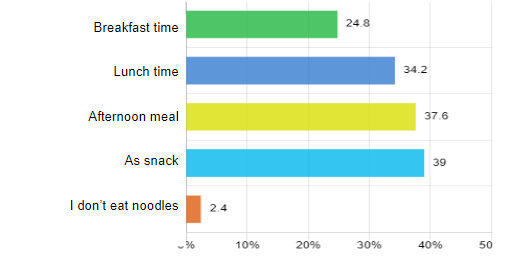 In Indonesia, noodles are eaten as a snack (39 percent), as afternoon meal (37.6 percent), and for lunch (34.2 percent). Those who eat noodles as snack and afternoon meal usually consumed instant noodles, because it is considered a booster when hungry arrives before a big meal. While for lunchtimes, usually people will cook or order noodles with filling that is full of rice equivalent, like chicken noodles or Aceh noodles.

Q: What kind of noodles do you consume most often? (MA)

The majority of respondents, about 80.4 percent, like and often consume egg noodles. This is a variety of noodles that most easier to cook than other noodles. If you want to cook it yourself, the main ingredients are only noodles and eggs. While other toppings such as sausages, corned beef, and others can be added according to taste. Or if you don’t want to bother, just buy instant noodles. Even when you are lazy to cook, you just buy it at roadside food stalls.

As I mentioned before, noodles are one of the easier food you can cook by yourself. That’s why 86.6 percent eat noodles at home. While 23.8 percent prefer to eat at a food stall. A food stalls that selling noodles are scattered in every corner. So when you’re lazy to cook, you can just buy it. Also, a food stall sold with affordable prices appeals to the majority if low and middle-income society.

Q: What kind of Japanese noodle you have consumed? (MA) 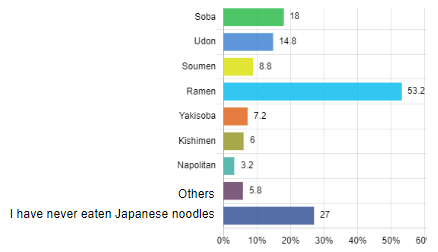 Although Indonesia is rich in local noodle variations, they are also happy to try variations of noodles from various countries. One of the favorites is the variation of noodles from Japan. About 53.2 percent like to eat ramen. In Jakarta, there are even many specialty ramen restaurants like Seirock-Ya, Marutama Ramen, Ippudo, and another restaurant. Followed by Soba with 18 percent and Udon with 14.8 percent.

Indonesia loves to eat noodles, both variants with local and international flavors. There are many opportunities if you want to do noodles business in Indonesia. You can open a restaurant or food stall, or you can become a distributor for noodle products from abroad, or even make noodles with a new taste.

What kind of detergent preferred by Indonesian?