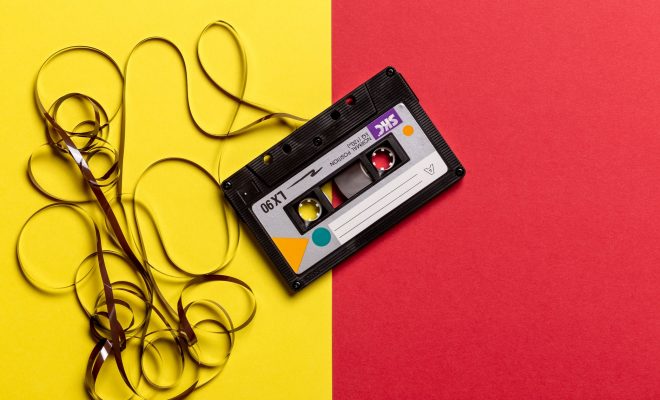 Most of the time, music had been an inseparable part of Indonesian life. They all love and play their favorite music almost every time.

But how exactly Indonesian preferences on music? How they listen to it? What kind of music? Where do they listen to music? We’ll find out all of these answers through a survey which was done by Licorice.

Based on the survey, most Indonesian loves music, seizing 94.4 % of respondents both male and female from various ages. About 70 % of respondents even shown their deep interest in music and listen to it every day. They said ‘We really like music!’

Q. How often do you listen to music? (SA)

Q. Where do you listen to music? (SA)

The survey said 67% prefer listening to music at home, while slight 13.2 % love music on the road. Less than 10% of Indonesian listeners prefer other places to put their music on.

This might be caused by unpleasant experiences they got if they listen to music outside their home. Most of Indonesia’s big cities have similar characteristics: heavy traffic, noisy, and crowded road. This ambiance in big cities makes people don’t get the feeling if they played music outdoor. So, you will find most of Indonesians listening to music in their houses.

Based on the survey above, about 45% use their smartphone for listening to music. They turn their favorite music on right away from their lovely smartphone. Needless to say, it is the most convenient way to enjoy music right now.

Some alternative gadgets are audio player, computer and use Compact Disc player. It’s rare to find Indonesian youngsters who still play physical music daily. On the next graph, it’s getting clearer why Indonesians do not really buy physical copies as well.

Q. What kind of music format do you prefer to buy? (MA)

About 35.87 % of respondents love using music applications, while 35.58% others prefer to download their music. A little percentage, which is less than 15%  of Indonesian still buying hard copies So, the Internet is the key!

Q. Where do you get your music updates from? (MA)

Since the smartphone is being Indonesian’s favorite medium, internet music download portal and streaming music apps like Spotify, Hooq, or Soundcloud, certainly become favorable by most. According to the data above, more than 50% of Indonesian get their music updates and information from the internet (blue graph) and social media (orange graph) as well.

Q.Which country’s music do you listen to most? (MA)

About the taste of Music, Indonesian also has distinctive features. Though nowadays every music from every country could be accessed by the internet, Indonesians are still showing their deep love for local music.

According to the survey above, about 45% are into Indonesian local music, followed by 26.23 % like western music. Some Indonesians also fan of Koreans, Japanese and Thai music. Then it can be concluded that Indonesian still love their local music more than foreign music.

If we talk about local music, Indonesia has its traditional pieces of music. They demonstrate Indonesia’s cultural diversity, the local musical creativity, as well as subsequent foreign musical influences that shaped contemporary music scenes of Indonesia.

Nearly thousands of Indonesian islands have their own cultural and artistic history and character. This results in hundreds of different forms of music, which often accompanies dance and theater.

The most popular and famous form of Indonesian music is probably gamelan, an ensemble of tuned percussion instruments that include metallophones, drums, gongs, and spike fiddles along with bamboo flutes. These kinds of music, of course, have a special place in every Indonesian heart.

But, if we’re talking about the contemporary musical Industry, according to the survey, Indonesian top favorite local music is pop music.

Q. What genre do you mostly listen to? (MA)

It is clear that Pop music is the most favorable genre for Indonesian, with huge 65.2% of them love it. Other genres such as rock, hip hop, classic and jazz consecutively being alternative choices for listeners.

From the survey, we can conclude that Indonesians love music a lot. They would like to turn the music on through their smartphone applications and listen to it in their lovely home. So it is a big market for the music application developers to build a music downloader platform or application to fulfill Indonesian daily music needs. Don’t forget to put a lot of pops in it!