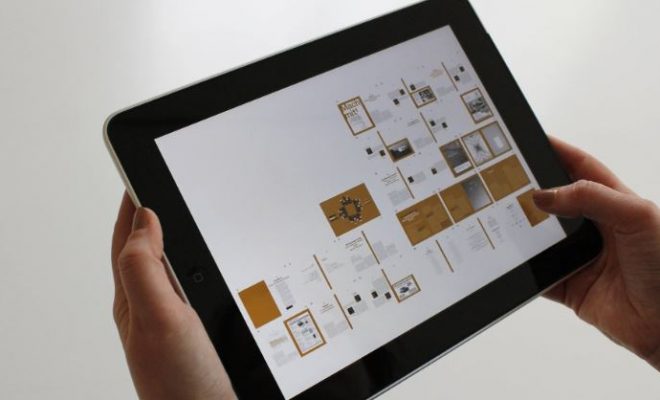 Currently, for Indonesian, the internet is kind of one of the best friends in their life. Everything that doing is always needs the internet. Since wake up, updating some news, need traffic information, working, communicating and going back to the bed. But do you know? surprisingly, Indonesian is not familiar with one of the latest digital improver technology called the Internet of Things (IoT).

Well, how come? let’s get the answer and find out how far Indonesian, especially for they who live in Jakarta, Bogor, Depok, Tangerang, dan Bekasi (Jabodetabek) from the survey which was done by the Licorice

Question: Have you ever known about IoT (Internet of Things)? (SA) 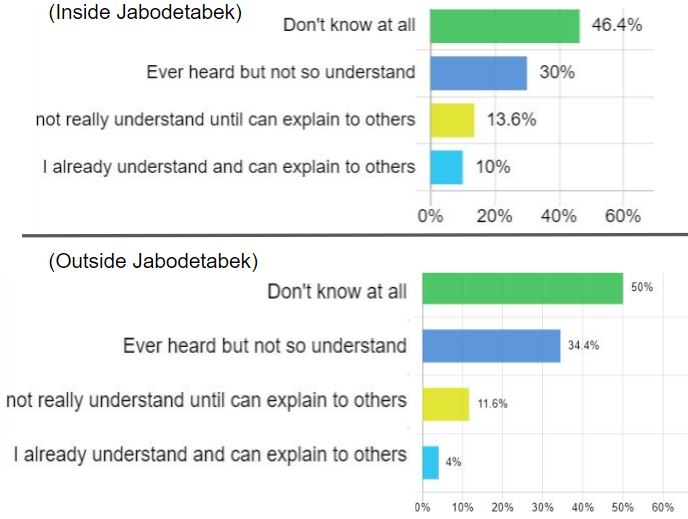 Based on the survey, mostly for those who live inside or outside Jabodetabek do not know at all about IoT. Even though for those who have knowledge about IoT are difficult to explain to others.

So, What is the Internet of Things?

Internet of Things is a concept of devices that capable to transfer data without humans connect, but the internet as its medium. for example, you can turn on your air conditioning through your smartphone when you are not home. Another example is that you can observe your pet’s activities at home through a pet camera connected through the internet. After the short explanation about IoT, lets find out do they already understand or not.

Question: do you understand about the explanation above? (SA)

After the respondents are pretty sure about IoT, now the survey asked what are the utilities that using IoT for the household electronics which very useful for daily. Look at the charts below:

Question: From the options below, what is the most practical and useful IoT-based household electronic devices? (SA) 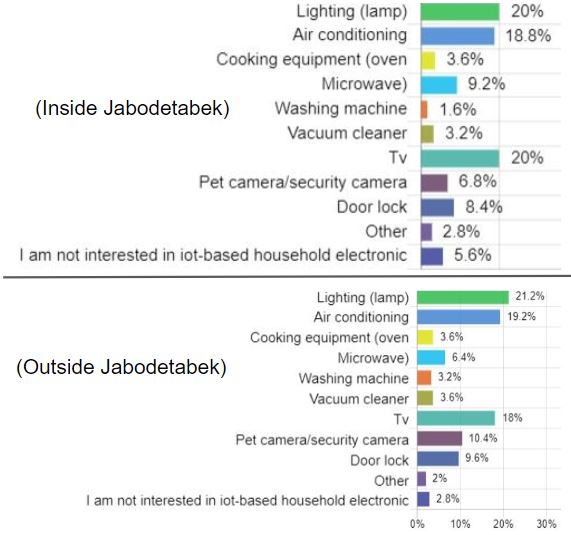 According to the charts, there are three household electronics that respondents inside and outside Jabodetabek think that can be very useful. First is TV, and second is lighting (lamps), and third is air conditioning (AC). For your information, living as an urban in Indonesia sometime be haunted by hectic routines. Work and the deadline make life is not balanced. So it very common if Indonesian has lost control with those top three electronic households.

Why? because when you get a rush to go working, people only think the way how the way to not be late. But, when already in the office, they just realize that those things are not shutting off. Sure it will be impacted on your monthly bill of the electricity. Well, it is really bad, right? there is no one to help to turn it off and the worst case, it could make a fire. So dangerous.

We realize that Iot really supports for daily life. Then for make sure about it, the survey also asked about what is the most important of IoT. Look at the chart below:

Question: What do you think of a life that supported by the existence of IoT-based household electronics? please choose what you think is the most suitable from the selection below. (SA) 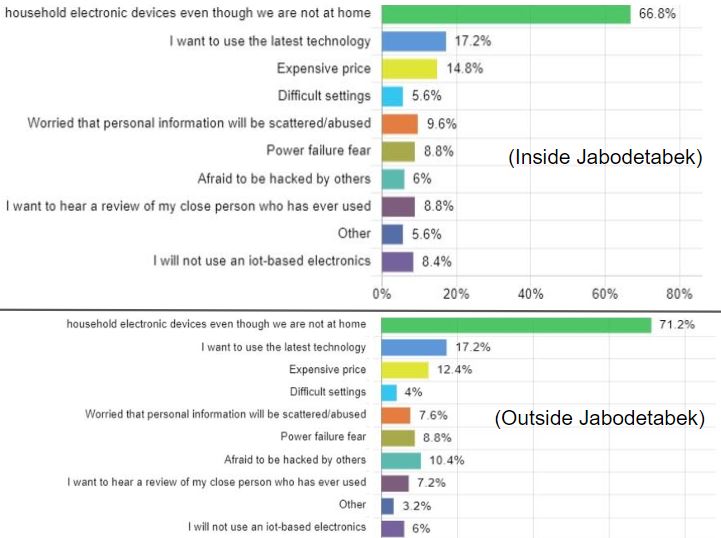 Based on the charts, to operate the electronics even not at home is the top answer above all reasons. Respondents do not care about the price, or afraid of hacker because this technology base on the internet must have maximum safety control. According to the percentage, the gap is quite far for the first reason.

To sum up, people inside or outside Jabodetabek a little bit know about IoT. But, when they get to understand it, IoT sounds very interesting to support the daily life. So, it will be very interesting if some of the IoT companies try to offer Indonesian, either live inside or outside Jabodetabek with a software or an application that able to take control of those things.