Japan Is Amazing, Which City Indonesian Like to Go? 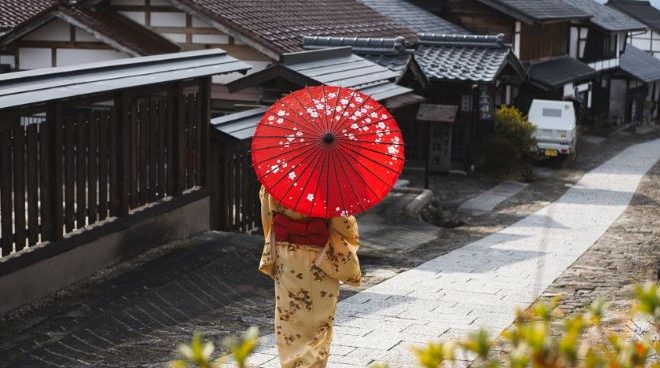 Japan has always been a dream country for tourists. Many people are interest to visit. They come not only because of the technology, but also to feel the culture.

These two incredible things make Japan so unique country, because Japan can mix their traditions, with this current modernization.

So, this good collaboration makes Japan be a developed country that everyone wants to visit.

However Japan is so adorable, not many travelers from Indonesia ever been to Japan. but if they have a chance to go to Japan, where is the place they want to visit? what kind of activities they want to do? We’ll find out all of these answers through a survey which was done by Licorice.

When asked about have you ever been to Japan, only 25.6% respondent said yes they ever been to Japan, but on the other side, 74.4% of respondents said they never been to Japan. From Indonesia’s perspective, the main reason why they have not been to Japan is because they lack information about what should they do. We know that Japan has many interesting places, such as cites, unique foods, famous gardens, and a lot of historical places. But what is the truth they want to if they have a chance to go to Japan?

Q: According to Japan Tourism, Which Part Do You Like? (SA)

Then, the next question is which city should Indonesian visit if you have a chance to travel to Japan? Still according to Licorice data, Tokyo is a very popular city than others. Look at this chart:

Q: Please Chose Some Places Do You Want to Visit (SA)

Some reasons make Tokyo very famous for Indonesian, firstly, it is because of Tokyo the capital city of Japan. Mostly a capital city in every country will be an important destination for tourists or travelers. So the trip will be perfect if they could be pinned. Secondly is because Tokyo is the center of Japan cultural exchange. Not only the Asian race, America, Europe, and even Africa will gather in Tokyo as one. Last but not least, the reason is because a lot of spots in Tokyo are very famous. Look at this chart below:

Q: Please Choose Tourism Spot in Tokyo Which You Want to Visit (SA)

According to the survey, Indonesian is very familiar with those top three places which they want to visit the most while in Tokyo. The first is Shibuya, Second is Harajuku, and the third is Tokyo Sky Tree.

Moreover, Indonesian also have other interest cities outside Tokyo. We know that Japan is not always about Tokyo. According to the Licorice survey, surprisingly, Indonesian know enough about Hokkaido. Look at the chart below:

Q: Please Mention Which City Do You Know (SA)

Hokkaido and Osaka is Popular After Tokyo

Hokkaido is the second largest, northernmost and least developed of Japan’s four main islands. According to the Japan Travel Guide, Hokkaido is very popular with its natural tourism site. For example, volcanoes, natural hot springs (onsen) and ski areas. Rugged Daisetsuzan National Park is home to steaming, volcanic Mount Asahi. The weather in Hokkaido is colder than Tokyo, so prepare your warm suit before exploring.

After Hokkaido, Indonesian also well known about Osaka. We can not be denied Osaka is one of the famous cities with food variety, such as sushi & sashimi, Yakiniku & Horumon, Ramen, Udon, Katsu, Tempura, Donburi, Takoyaki, and Okonomiyaki. But when we asked about which are Japanese foods that Indonesian like the most, the answer is Sushi. Look at the chart below:

Q: What is Japanese Cuisine Do You Want to Eat? (SA)

It is that 22.13% of respondents want to eat sushi when visiting Japan. Even though many sushi restaurants in Indonesia but sushi in Japan is very different and Indonesian very curios about the original taste of Japanese’s real sushi. After sushi, Ramen followed with 18.45% and Tempura with 16.53% of respondents think that foods so tempting. So, we can not argue more than choosing Osaka for Indonesian food hunter is a good point, besides this city is very popular with the large port city and commercial center on the Japanese island of Honshu and also known for its modern architecture, nightlife

From the survey results, we can trust that Indonesian are interested to go to Japan. But one or some reasons make them have not been yet.  Currently, many airline companies or travel agents are offering a good price to bring Indonesian exploring Japan.  Indonesian is pretty sure if they have a chance to visit Japan, a lot of unforgettable journeys are waiting to attract based on Licorice survey.

How much do Indonesian people like to eat ice cream? Let’s find out

Cause Selfie Is Important, Do We Need Extra App?