Pop Up Ads Notif Is Annoying Sometime, How to Make Indonesian Deal With

Dealing with pop up advertisements not always make users happy. Sometimes, pop up content that appears on the smartphone home screen tends to intrusive and annoying. But somehow, a pop-up advertisement is a good way to get attention when you promote the new product.

So, according to the survey which was done by the Licorice, we will figure out what kind of pop up advertisement that smartphone users like and have the intention to open.

Question: What do you think of the advertisement that pop-up when you’re opening/using a smartphone app? (SA) 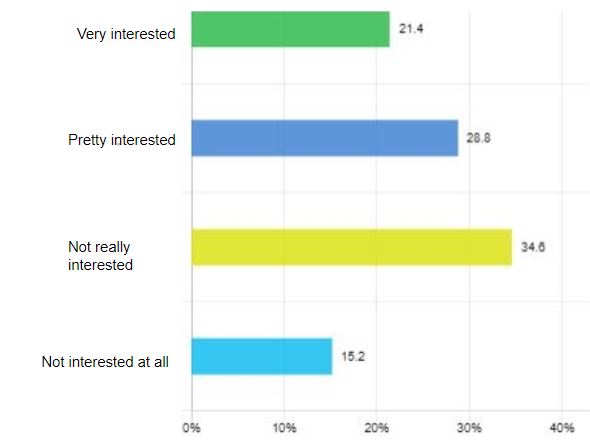 According to the survey, 50.2% of the respondents stated that they are interested in the pop-up advertisement. While about 49.8% of the respondents stated that they are not interested in the advertisements which pop-up within their smartphone apps. Based on the charts, it means that Indonesians tend to think the ads that pop-up in their smartphone apps are interesting. But you have to sure that the comparison is very thin. So, we have to know first what kind of pop up ads that Indonesian like.

How to Indonesian Deal With Pop Ads Notification?

There are several types that usually appear on the smartphone home screen. For example, advertisements about product knowledge, about customer services, discounts, etc. Then, it is better to know first the preferences of those types before you send it.

Question: From that pop-up advertisement, what kind of advertisement that you have intentionally click and look deeper? (MA) 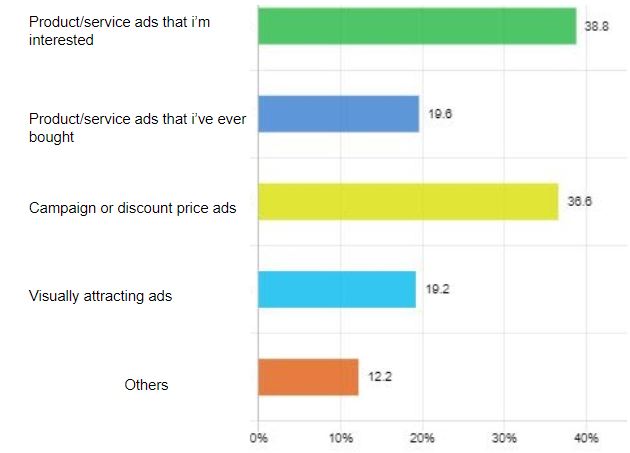 According to the chart, most Indonesian like two types of pop up ads, the first is product knowledge about the things that users interested in and the second one is campaigns or discount prices. These two types have a percentage a little bit similar about more than 35% of respondents stated.

It followed with the small numbers of respondents who have intentionally looked deeper into other ads, like the products they have bought. Actually based on the survey, pop up ads with visual attracting not really have a grab the users.

Not only the content but also positioning where the pop-up ads appear is one of the points that made smartphone users have attention to see.

Question: Where are the ads spot pop-up when you use the app and have you intentionally click and look deeper? (MA) 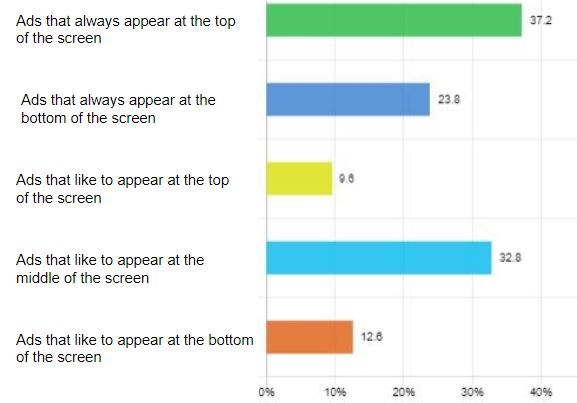 Usually, pop up ads is not only appeared with text, but also the picture or videos. But what kind of Indonesian really like to open? with or without it? take a look at the charts below:

Question: What kind of ads that you ever click intentionally the most? (SA) 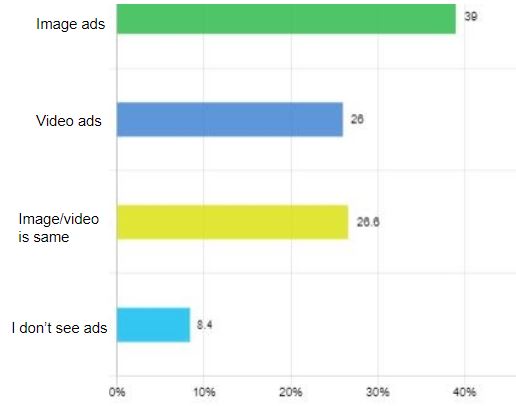 According to the survey, about 39% of the respondents intentionally click ads in the form of images. How about the video ads. The video only attracts 26% of the respondents. While, the ads with both, is not better with images only. It means that Indonesians tend to be attracted to image ads.

To sum up, pop up ads notification on a smartphone is a good way to promote the product or brand. But there are several things you have to admit. Firstly, Indonesians tend to think the ads that pop-up on their smartphone apps are quite interested. Secondly, Indonesians also tend to click the ads that always appear at the top of the screen, and the last thing is the image ads tend to be more interesting for them than the other forms, either videos or both.

Indonesian Chose WhatsApp As A Worth Personal Notification, Why?