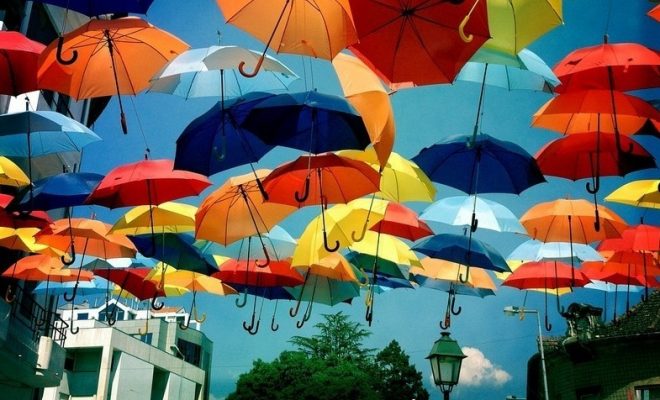 Umbrellas are one of the things that must be owned by Indonesian people. In Indonesia, there is even the term ‘prepare an umbrella before it rains,’ which means it is better to prevent bad things from happening.

In the past, the wet or rainy season always occurred in the months whose name ended with the word -ber (in Indonesian). For example, September, October, November, December.

However, global climate change is also causing seasonal changes in Indonesia. In 2019 alone, in September, rain still hasn’t fallen. Rain can fall at any time even if it’s not in the wet season.

So, how do Indonesian prepare for facing changing seasons? Let’s see the results of the survey that Licorice has done!

This data shows that the Indonesian people are quite prepared if there is a change in the weather. If it rains, even in the dry season, Indonesians are not too worried because they already have an umbrella in their homes.

Unfortunately, the umbrella that they have is not always carried every time they go outside the house. More than half of the people of Indonesia, only bring their umbrella if the weather forecast says it will rain that day.

Weather forecasts in Indonesia are usually issued by the government’s Meteorology, Climatology and Geophysics Agency (BMKG). Weather predictions will often be broadcast via their social media accounts and official websites.

If terrible weather is predicted to occur, usually, this weather forecast will also be broadcast in online media. The BMKG website will also provide news about earthquakes, tsunamis, and volcanic eruptions.

In the past, the dry season in Indonesia will occur in the middle of January, February, March, and April. Meanwhile, May, June, July, and August are the transition seasons from the dry season to the wet season.

When did Indonesian people buy umbrellas?

Because umbrellas are usually only bought when they are going to be used, umbrellas sold in online stores are not very popular. Because, if you purchase through an online store, you must wait until the umbrella is delivered to the house.

The quality and price of the umbrella are the primary considerations of the Indonesian people before buying. 24.2 percent of respondents said they would buy an umbrella for Rp 20,000 – Rp 29,999. But, on average, umbrellas with a price of Rp 100,000 will be sold faster in Indonesia.

The price of umbrellas in Indonesia is quite diverse, depending on the type and brand. The average selling price is IDR 25,000 to IDR 100,000.

Aside from quality and price, Indonesians don’t care about the brand and weight of the umbrella they buy. What is essential, the umbrella is powerful enough to protect them from rain.

In conclusion, because they live in a tropical country, Indonesians need an umbrella. The majority of Indonesians have at least one or two umbrellas in their homes.

They usually prefer to buy umbrellas in the market or a store rather than buying from an online store because Indonesians will usually buy umbrellas when they need to use them.