VR Has A Good Trends in Indonesia, Adventure is The Most Excited Game Genre

Virtual reality or VR is one of the most sophisticated technology series right now. The users could feel anything on the digital platform with so genuine by VR tech. The only user does is using the special glasses and play with the VR’s platform through the application.

In the game world, VR has the same function. Gamers could open their imagination when playing with VR tech. They will feel moving into the game world as if they are inside of the player of the game.

So the question now is, how about the VR game in Indonesia? Are gamers interested in current technology? Let’s find the answer through the survey which was done by the Licorice!

Question: Are you interested in VR Game (virtual reality)? (SA)

After knowing that Indonesian are interested in VR games. It means that the market of VR games is very open. Gamers in Indonesia are very excited to play the VR games.

As we know, there are several genres that gamers dominant to play, for example, action, adventure, puzzle, fire gun, RPG, and sports. How about the VR? Well, look at the charts below when asked about their preferences game genres.

Question: What game genre you like the most? (MA) 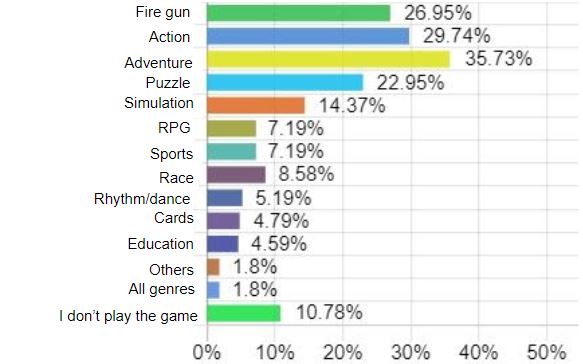 From the data above we ensure that Indonesia has a positive trend with Virtual reality. Game developers can create new exciting experiences. Indonesian are also really interested in the adventure game genre instead of action or fire gun. But the fact is, refer to the survey, the respondents stated that most of Indonesian never played VR.

Question: Do you ever play VR Game? (SA) 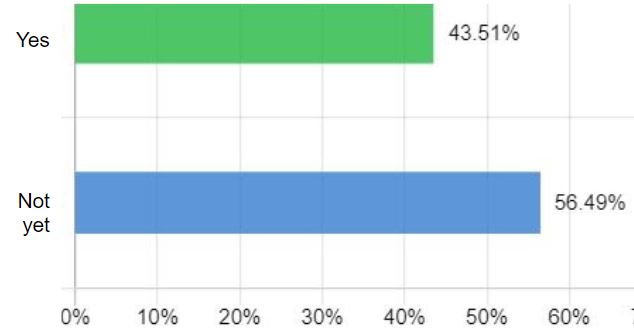 Overall, a survey on Indonesia Virtual Reality Game is exploring three different aspects of three aspects. The first gamers interest, second is passionate game genre, and the third is the experience. The game developers can put attention on why gamers are never played VR than they ever played. If that problem solves, the market as soon as possible is open wider.

Grow Business Faster Better Stronger with Followers, But Which Platforms?