Why Do Indonesian People Rarely Wear Traditional Costume Every Day? 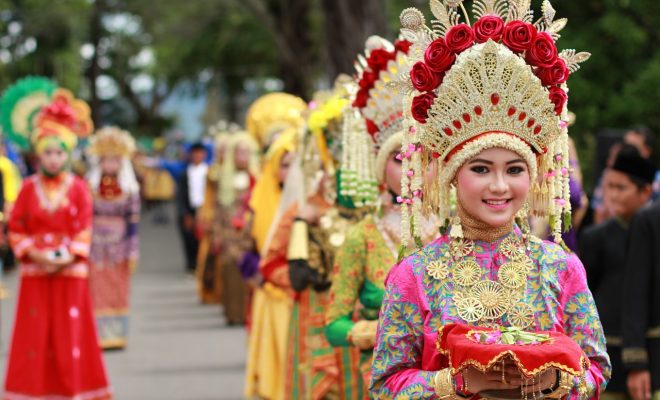 With its cultural diversity, how do Indonesians view their traditional dress? Let’s see from the survey conducted by Licorice!

Based on the survey, 90.22 percent of Indonesian people like their traditional clothing. For Indonesians, traditional dress is pride that shows their identity.

In general, there are 34 traditional clothes that are well known or mandatory to know for all Indonesian students. This figure is calculated from the number of provinces in Indonesia today (the number is likely to increase if Indonesia has a new province someday).

Every traditional costume usually has a different story. In addition, the level of difficulty in making and wearing them also differs from one regional attire to another regional attire.

Regional clothes are also usually worn when someone is married. In Indonesia, each tribe has different wedding clothes and ceremonial traditions.

Which customary issues will be used when married, usually becomes one of the problems that will occur when someone marries someone from a different ethnic group. The solution is to hold two different wedding ceremonies with the culture of the groom and the culture of the bride.

Based on the survey, 28.34 percent of Indonesians have at least one traditional dress. While 42.72 percent of respondents even claimed to have more than one pair of traditional clothing.

In Indonesia, the price of traditional clothing also varies, depending on the region. In Javanese Ethnic, for example, kebaya is a traditional dress that is quite easy to wear and find. But, in other areas, for example in West Sumatra, Minang women must wear trinkets like ‘suntiang’ which can weigh more than 1 kilogram on their heads as part of traditional costume. 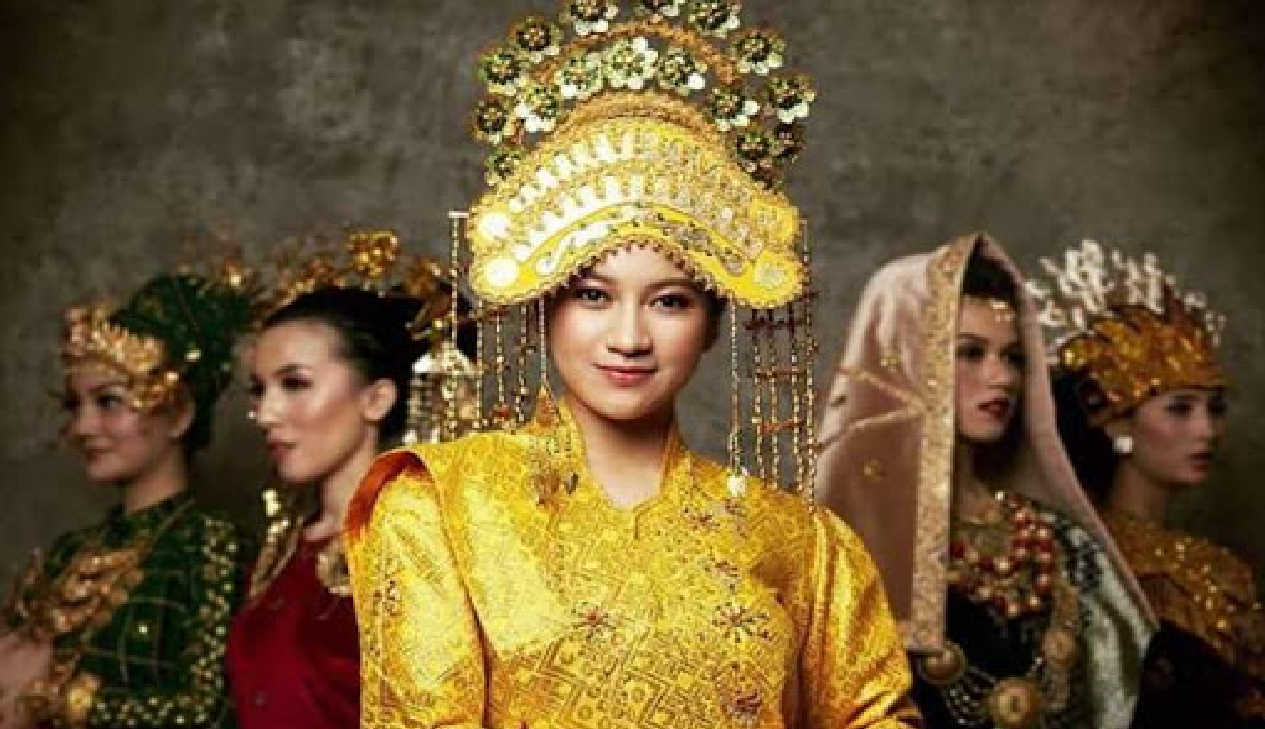 Batik, for example. UNESCO claims, there are 5,849 traditional batik patterns in Indonesia. If batik today can be found and can be made by anyone, in ancient times, batik is a sacred activity that can only be done by certain people.

For Javanese people, batik is part of tradition and prayer. Every batik motif contains messages from ancestors that should not be used carelessly. Only women can make batik. When making batik, the woman must be in a sacred state and even must fast.

Batik cloth worn with kebaya is usually also used to show a person’s social status. For example the motive ‘parang rusak’. In Yogyakarta (the only area in Indonesia which is still in the form of a kingdom and led by a king, not a governor), the greater ‘parang rusak’ motif on someone’s batik cloth, indicating the higher the person’s position.

The picture below shows a photo of the royal family in Yogyakarta. The ‘Parang Rusak’ motif on batik worn by the king, Sri Sultan Hamengku Buwono X (blue clothes), and the queen, GKR Hemas (who stands to the right of the king), is far bigger than what their children wear. On batik worn by their children, the ‘Parang Rusak’ motif is very small and combined with other motifs. 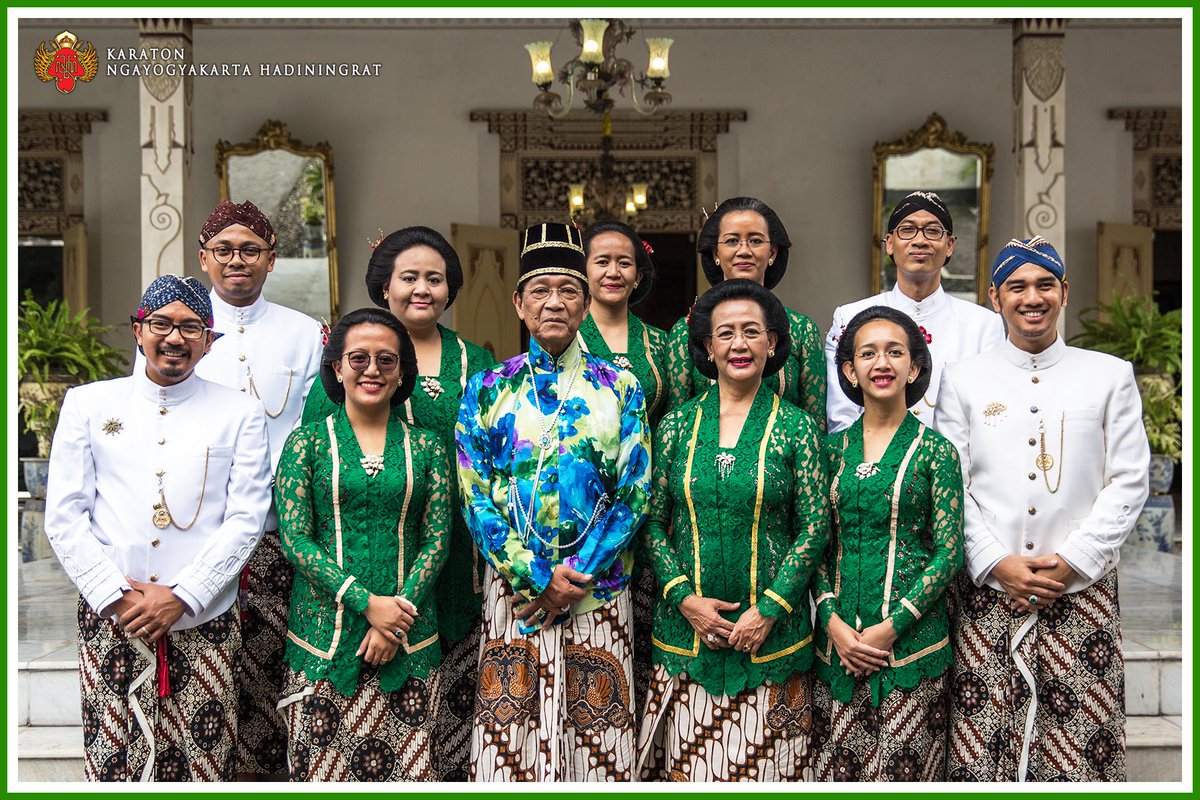 Meanwhile, in the area of ​​Lombok, West Nusa Tenggara, weaving is a must for women. Women can only get married after they weave at least one cloth. The cloth will later be worn as traditional clothing at their wedding ceremony.

But still, 28.94 percent of the people don’t own traditional clothes. In the time of need, they can source on costume rental. The clothes renting business is quite common in Indonesia, and you can borrow traditional dresses start from Rp.200.000-700.000, it’s quite a fair price for one special day.

One-fifth of the respondent prefers borrowing services. This rental business is also boosting popularity on Independence Day or the Kartini day (where they celebrate femininity). On this day, the children will get dresses up in traditional clothes and participate in the parade.

When renting feels a is a bit fancy, people can always beg to their family. 5,79 percent of the respondent gets preloved traditional clothes from their relatives.

Inside versus Outside Culture

Over half of the respondents agree that wearing traditional clothes helping to preserve the culture (and they are keen to put more effort into it). The idea never sparks for the significant minority (4.59%) of the people who answer the survey.

With globalization, the public is also getting exposure to culture from another country. And half of the respondents state that they are embracing it: they want to know and learn as well about the traditional clothes from another part of the world.

Japanese popular culture is one of the most prominent cultures in the world, including Indonesia, which has been inspiring, especially for their enthusiast. This means that people not only consume Japanese content and entertainment such as Anime, Manga, and Music. They also built sentiment on the garment from the land of Sakura: As the 24.35 percent of the respondent, that have experience in wearing Yukata or Kimono.

Besides Japanese culture, the “Hallyu” or famously known as the Korean wave, also growing since 2002. It was also found that 4.79 percent of respondents ever tried a Korean traditional woman’s outfit: consisting of “Chima” skirt and “Hanbok.”

19.27 percent of respondents also have tried “Baju Kurung” from Malaysia. Particularly popular among Muslim people in Indonesia, because of the design that complies with Moslem’s modest way of dressing. And some smaller group of the respondent is familiar with China’s Changpao. (considering 1% of the population is “Tionghoa” or Chinese descendent); Ao Dai from Vietnam; Sari from India; Pharatchan, or Siwalai from Thailand.

In brief, Indonesian people love their traditional clothes and they wear them for an important occasion. They valued it and a major proportion prefers it to be tailored specially for them. As the local costumes evoke one’s honor, apparently Indonesian people also openly welcome with traditional clothing from other nations, especially in the East and ASEAN region, who share the same roots of culture.

Indonesians Cut Their Hair Every Once in a Month. Is That Necessary?