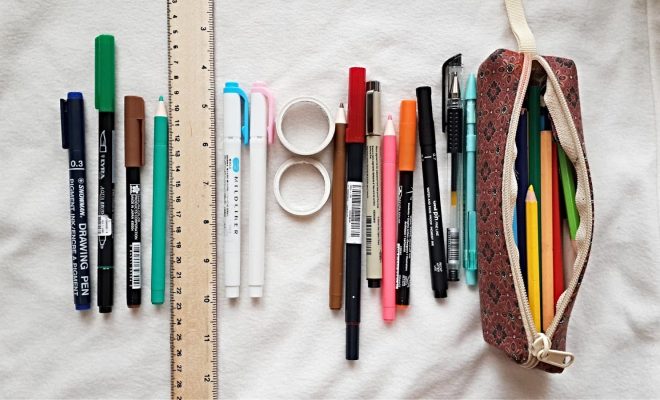 Stationery is a crucial need, especially for school children and office workers. Even though there is already a lot of digital media, but the need for stationery cannot be abandoned.

Even today, stationery is not only for schoolchildren or formal workers. Stationery is also one of the things that can be collected as a hobby.

What is the Indonesian opinion about stationery? Let’s look at the survey conducted by Licorice!

In 2018, stationery had contributed revenues of up to Rp 11.7 trillion or USD 835 million. This number is predicted to continue to grow until it reaches Rp 22.6 trillion in the coming 2022.

In Indonesia, the stationery market is still dominated by domestic products. In addition, Indonesia is also one of the major exporters of stationery products such as pencils, crayons, pastels, chalk writing tools, and drawing books.

Stationery also seems useful for stimulating one’s creativity. Writing or drawing abstract on paper can help the brain to find new ideas. In addition, without realizing it, writing or drawing that is made spontaneously can be an extraordinary work.

If seen from its history, pens have been around since the 10th century AD. In 953, the Caliph Maad Al-Muizz of Egypt made a pen that was equipped with ink storage. This pen is the initial design of the pen used today.

In Indonesia, one of the most popular stationery brands is Faber Castell. This German brand is one of the largest and oldest stationery manufacturers in the world.

Faber Castell has 14 factories and 20 sales units throughout the world, including in Indonesia. Faber Castell’s factory in Indonesia is located in Bekasi, West Java Province, and is famous for the production of color pencils, markers, and graphite pencils.

Only 24 percent of the products produced at the plant are marketed in Indonesia. The remaining 76 percent is marketed in several countries in the world. 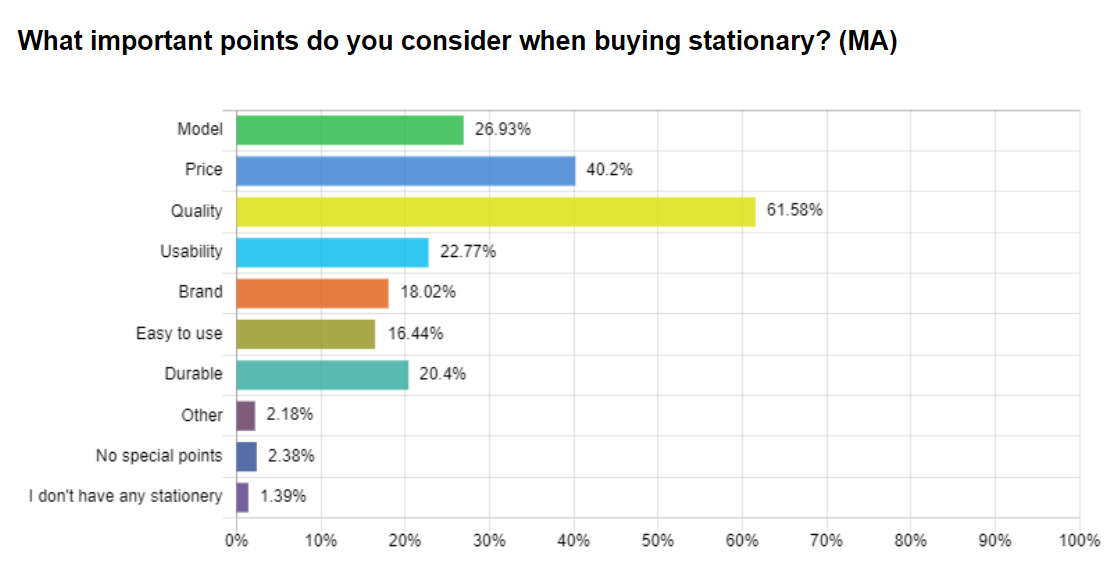 Some schools or institutions in Indonesia sometimes still hold computer answer sheet based examinations. With this system, the examinees must fill in the answer sheets using a 2B pencil.

However, the quality of 2B pencils per product can vary. On cheap products, even though 2B is written, but the pencil does not meet the requirements to become a 2B pencil.

Code ‘2B’ actually shows the thickness of a pencil. Code ‘B’ refers to the word ‘Blackness.’ The higher the number in front of the letter ‘B,’ the pencil will become more concentrated.

Besides ‘B,’ there is also an ‘H’ code, which refers to ‘Hardness’ and an ‘F’ code that refers to ‘fine.’ However, the most commonly purchased pencil in Indonesia is a 2B pencil.

The majority of respondents usually buy stationery from the department store. In addition, stationery can also be purchased at shopping malls, supermarkets, stationery stores, to the market.

But, in fact, stationery can be purchased in almost all types of stores. In Indonesia, small grocery stores in residential communities usually also sell stationery.

However, stationery sold in grocery stores is usually minimal. They often only sell markers, 2B pencils, erasers, rulers, notebooks, and pens.

If you want to buy complete stationery, Indonesians usually will go to department stores or malls. Complete stationery can generally be found in bookstores such as Gramedia and Gunung Agung Stores.

In conclusion, although technology has advanced, stationery can still be sold in Indonesia. Indonesians will usually carry a pencil or pen each time they leave.