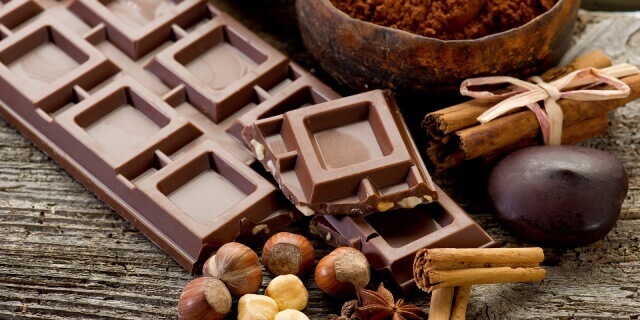 Chocolate is one of the most popular snacks in the world. The taste is sweet, and a little bitter seems suitable for the human tongue, regardless of race, ethnicity, religion, culture, or country.

Chocolate is actually produced from the cocoa plant or Theobroma cacao. That said, the Maya were the first to process cocoa beans into chocolate drinks.

Spanish explorer, Hernán Cortés, is a person whom ‘meritorious’ introducing chocolate to the outside world. At that time, Hernán Cortés, who had just visited the Aztecs in Mexico, brought cocoa beans to Spain. In Spain, chocolate processing was developed. Chocolate drinks are immediately popular in Europe.

From Europe, cocoa and chocolate then spread throughout the world, including Indonesia. Cocoa plants first entered Indonesia in the Dutch colonial era, precisely in 1880. The Forastero type of cacao from Venezuela was carried off by the Dutch to be planted in Indonesia.

In 1901, the chocolate research institute, Cacao Profestation, was officially opened in Salatiga, Central Java. Cocoa and its processing plants continue to be developed until now. Indonesia is currently the 3rd largest cocoa producer country in the world.

Along with the development of cocoa cultivation, how is the Indonesian people’s chocolate consumption power? Let’s look at a survey conducted by Licorice! 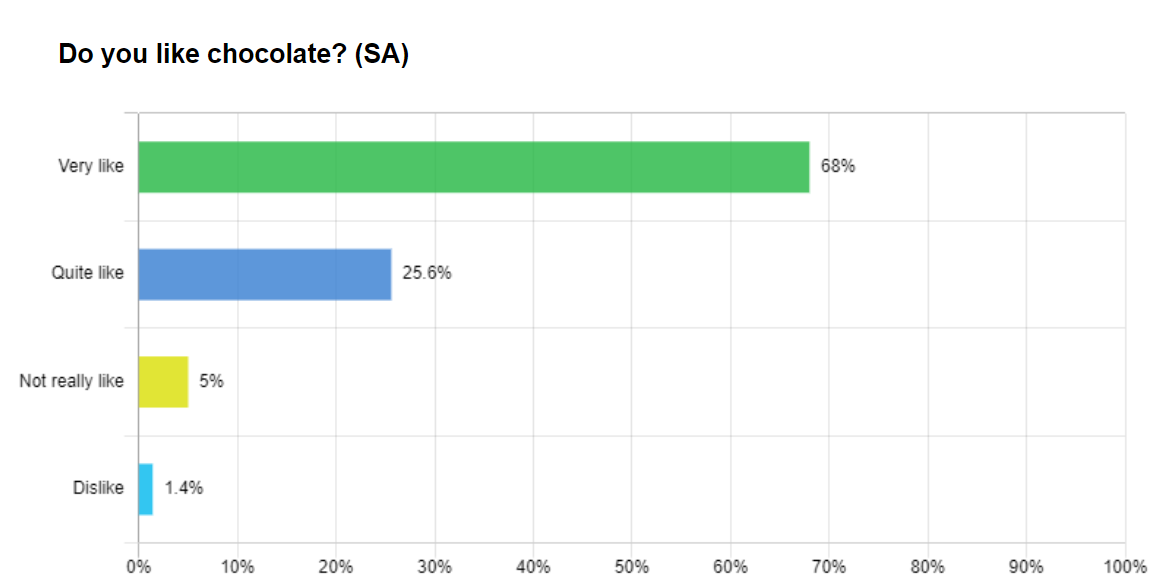 Because they like this sweet food, Indonesians quite often buy chocolate. 68.8 percent of respondents claim they buy chocolate at least once a week. Chocolate will usually be eaten at snack time. In addition, many Indonesian people also eat chocolate just because they want to snack.

This is quite reasonable. Because, if seen from history, Europe and America did first get to know and learn how to process chocolate, rather than people on the Asian continent. 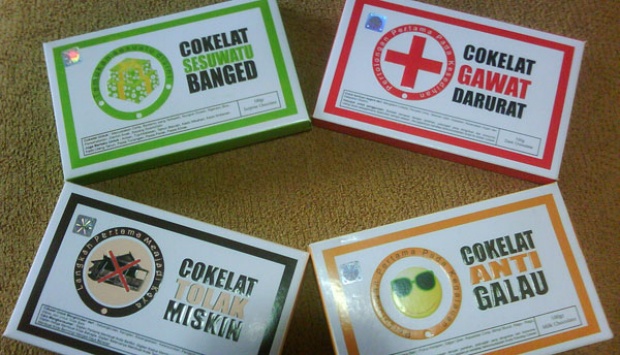 For example, ‘Chocodot’ from Garut, West Java. This product combines chocolate with traditional snacks typical of Garut, dodol. Initially, ‘Chocodot’ only has a chocolate dodol flavor variant. However, over time, they also make other flavor variants.

One of the characteristics of ‘Chocodot’ is its attractive packaging. They give the name of the chocolate they produce with a unique name. For example, “Chocolate Taste Darling,” “Anti-Poor Chocolate,” to “Chocolate Easy to Find a Mate.”

Local chocolate outlets that are quite popular in Indonesia are ‘Monggo’ Chocolate. This chocolate from Yogyakarta has started to enter the international market.

Unlike ‘Chocodot,’ whose packaging is ‘eccentric,’ ‘Monggo’ chocolate packaging tends to seem more premium. Chocolate ‘Monggo’ also has a variety of flavors such as chili, durian, orange, ginger, and nutmeg flavors! These flavors are the flavors that are considered the most representative of Indonesia.

Meanwhile, there is also ‘Krakakoa’ brand. ‘Krakakoa’ is famous for having an Indonesian farmer empowerment program. Not only processing cocoa, but they also provide training to local farmers on how to grow cocoa that is good and right up to the production process.

‘Krakakoa’ also has a variety of flavors and several types of chocolate, depending on the area of ​​their cocoa farm. The five most popular flavors are dark chocolate chile, sea salt and pepper, dark milk chocolate cinnamon, ginger, and creamy coffee.

Even though many chocolate products provide various flavors, Indonesian people still like milk chocolate the most. Besides, another variant that is also preferred by Indonesians is the taste of peanuts.

The two chocolate variants are the easiest to find. Chocolate products such as Silverqueen, Toblerone, Kit Kat, and Snickers are the most widely available in grocery stores to supermarkets and malls.

For example, when going to Garut, West Java, there will be a lot of ‘Chocodot’ specialty shops on the street. However, the store sells not only Chocodot products but also other Garut products and souvenirs.

Indonesia is an archipelagic country with different land contours in each region. Not only has the lowlands, but Indonesia also has many volcanoes that affect the level of soil fertility.

Not surprisingly, even though many regions in Indonesia grow cocoa, the tastes produced can vary. If seen from the survey, there are 77.2 percent of respondents who prioritize the taste in buying chocolate.

Although Indonesians are not too concerned with the country of origin of the chocolate they eat, Indonesian people also have pride in local products. Here are 10 of the best cocoa-producing regions in Indonesia.

Nabire located on the northern edge of the island of Papua. Nabire located at an altitude of 600 meters above sea level, which makes it a strategic place for cocoa farming. Because it is exposed to sufficient sunlight and has a wet climate, the texture of the Nabire Cocoa fruit becomes quite wet.

Lahat Regency is a hilly and mountainous area. This area is located at an altitude of 400-900 meters above sea level and surrounded by the Bukit Barisan. Lahat cocoa is a superior agricultural product in South Sumatra Province.

Cocoa farmland in the City of Kulon Progo located at an altitude of 500 – 1000 meters above sea level. Farmers in Kulon Progo still use traditional methods. However, cocoa in this region is very famous for its quality and strong taste.

Pasaman is the largest cocoa producer in Indonesia. Pasaman cocoa has a slightly different taste from cocoa in other regions. Pasaman cocoa is known for having a bitter taste that is quite strong.

The Jembrana region has moderate rainfall and gets tropical sunlight. Jembrana is an exotic area that is suitable for growing cocoa. Jembrana cacao is one of the export commodities for Balinese agriculture.

Tasikmalaya is one of the highland areas in West Java Province. Tasikmalaya cocoa beans require more time to ripen than cocoa in other regions. The length of time makes the construction of Tasikmalaya Cocoa flavors very unique and different.

North Aceh cocoa actually grows in the lowlands with moderate rainfall. However, the texture of Aceh Cocoa fruit tends to be drier. Aceh’s cocoa is also known for its distinct taste and distinctive aroma.

Batang Regency is located at the northern tip of Central Java Province. This area is lowland with moderate rainfall intensity and abundant sunshine. Cocoa in this area is slightly drier and has a lighter skin color.

Trenggalek is the largest cocoa producer in East Java Province. Trenggalek cacao grows on the border between the mountains and the coast. This makes Trenggalek Cocoa have a proportional taste and texture.

Toraja cacao is one of the export products from Indonesia. Cocoa in this area has a taste that is not too bitter and does not melt quickly. This makes Toraja cocoa more suitable for mixing.

In conclusion, Indonesia is one of the largest cocoa-producing countries in the world. Cocoa is usually processed into chocolate.

Indonesian people are very fond of chocolate and usually will consume chocolate regularly. Although Indonesia can produce much cocoa, Indonesian chocolate products are rarely marketed. Often, cocoa will be sold abroad for processing in other countries.

Although there are various variants of chocolate flavor, Indonesians prefer the taste of milk-chocolate or chocolate beans. Indonesians are also more accustomed to buying chocolate bars.