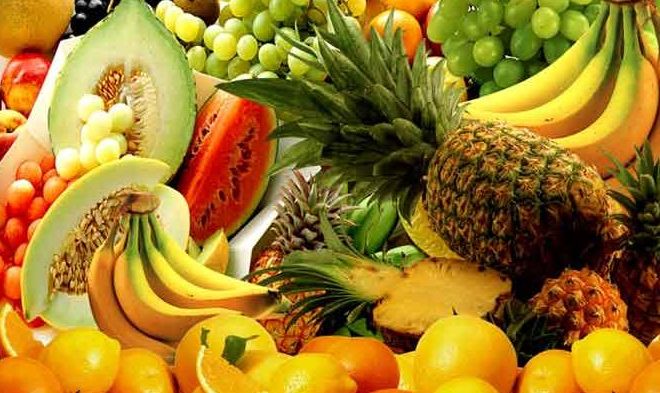 Indonesia is a country that has very fertile land. Various types of fruit can be grown in this tropical country. Because of its soil fertility, Indonesia is also known as ‘the land of heaven.’

Because it is very fertile, sometimes fruits can grow wild just like that. When someone throws papaya seeds in their yard, for example, soon, the papaya tree will flourish.

However, what about the interest of Indonesians in consuming fruits? Let’s look at a survey conducted by Licorice!

However, it must be noted, according to data from the Indonesian Central Statistics Agency (BPS) in general, the number of fruit consumption in Indonesia has decreased. According to BPS, the average Indonesian only eats 43 percent of the intake recommended by WHO.

According to the journal Food Safety Oversight in 2016, Indonesians with lower middle economic levels consume far fewer fruits and vegetables than wealthier people. Even so, the fruit intake of people with better economic levels is still inadequate.

For example, in 2016, the average weekly expenditure of Indonesians to buy fruit was lower than the spending on vegetables. The average Indonesian will spend Rp 4,500 or 0.31 USD to purchase fruits per day.

Based on BPS data, Indonesians only consume 67 grams of fruit per day. In fact, the Indonesian Ministry of Health has recommended that Indonesian people consume fruits up to 2-3 servings per day. 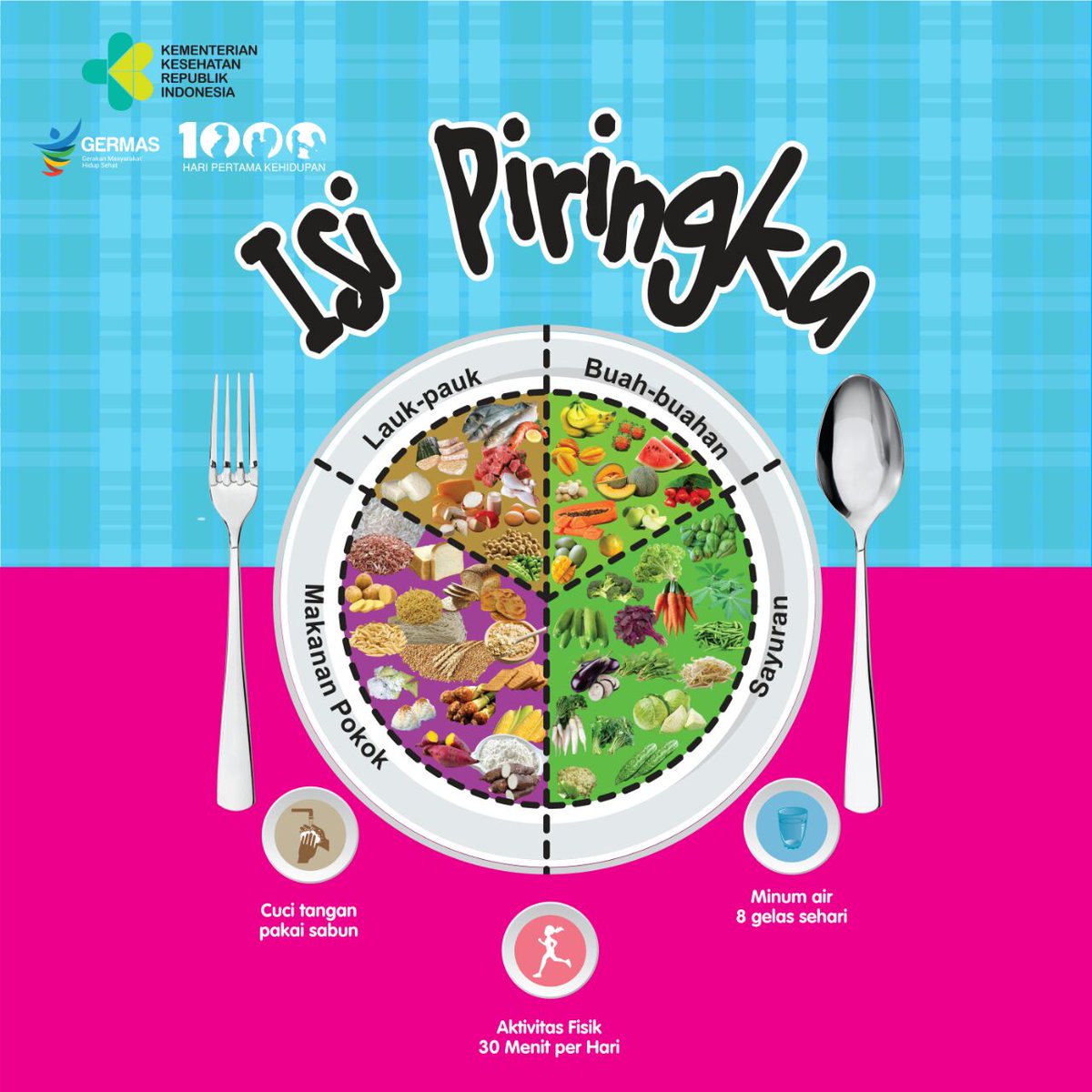 In fact, the consumption of fruit and vegetables in a disciplined manner can be the key to maintaining endurance from the disease. In Indonesia, there is also a campaign of ‘food formula in one plate,’ which is 1/3 vegetables, 1/3 rice, 1/6 fruit, and 1/6 side dishes.

The campaign for the Indonesian people to be more diligent in eating fruit has also been intensively carried out by the government. In fact, Indonesia’s 6th President Susilo Bambang Yudhoyono (SBY) has issued Presidential Regulation No. 42 of 2013 concerning the National Movement for Nutrition Improvement (Germas). This rule becomes the basis of a campaign to improve community nutrition, mainly by consuming fruits and vegetables.

Consuming fruit regularly can also prevent Indonesians from non-communicable diseases such as hypertension and diabetes and heart attacks. These three diseases become one of the deadliest diseases in Indonesia.

However, if seen from the survey, there are still 0.6 percent of Indonesians who are not too fond of fruit. In fact, 0.8 percent of other respondents claimed to hate fruit.

In fact, in Indonesia, fruits and vegetables can grow very fertile and easily. Local fruits can also be found easily in the market at very affordable prices.

According to Indonesian Sociologist, Daisy Indira Yasmine, usually, people who live in urban areas tend to eat less fruit and vegetables. According to Daisy, this reluctance is influenced by their living environment and lifestyle, which is considered more modern. With a modern lifestyle, they want instant food. Also, fruits and vegetables can not be stored for long.

Luckily, at this time, a trend has begun to emerge from eating fruits and vegetables and not eating junk food. This new trend is supported by the Indonesian Ministry of Health program, which is called the Healthy Living Community Movement (Germas). This movement has also begun to be applied in schools in Indonesia.

If seen from the survey, watermelons, oranges, durians, and mangoes are the fruits most favored by the people of Indonesia. This tropical fruit is indeed the fruit that is most easily found in Indonesia.

Besides being cheap, watermelons are also always available in the market. Watermelons, melons, and pineapples are fruits that must be present at every wedding in Indonesia. Usually, these three fruits will be served cold.

Mango is a seasonal fruit that is usually the most abundant during November, December, and January. In Indonesia, there are several well-known varieties of mangoes. One of them is ‘Mango Harum Manis, ‘ which means the fruit is fragrant and sweet. Other well-known species are Mango Gedong, Mango Golek, and Indramayu Mango.

Citrus variants in Indonesia are also very diverse. For example, sweet orange whose skin color will change from green to bright orange when ripe. Different types of oranges have different sizes. Starting from the Bali Citrus, which usually has a size of 15-25 centimeters, to kaffir lime whose diameter is only 2 centimeters.

Some oranges are eaten in different ways. Grapefruit can be eaten as a fruit, but can also be served with fresh chili sauce. While kaffir lime is usually served as a mixture of food broth, for example, Soto or sambal. Meanwhile, Orange Squeezes are generally used as juice.

Indonesia also has a unique fruit that is considered as the ‘king of fruit,’ durian! In Indonesia, durian is very popular. This fruit is usually quite large, with sharp spines on the skin.

Interestingly, although it is trendy in Indonesia, durian fruit is actually labeled as the most disgusting fruit in the world! Because the smell of durian is very strong and pungent. Not everyone likes and can stand the smell of durian.

For Indonesians, the sweet taste of durian is extraordinary and arouses their appetite! Durian fruit is also usually served in the form of ice cream and pancakes. Although very popular, durian fruit is too costly.

In addition to local fruits, most supermarkets also import fruit from abroad, especially after the Indonesian Domestic Regulation was issued by the Indonesian government in 1988.

According to the Jakarta Post report, from January to November 2019, the value of Indonesia’s fruit imports reached USD 1.24 billion. Even though most of the imported products coming from China came from China, some respondents claimed to also consume fruit from Japan.

Many sweet and fragrant fruits, such as strawberries, cherries, and peaches, are used as cake sauces in Indonesia. But on the other hand, the biwa fruit is actually less prevalent in Indonesia. In fact, for most Indonesians, the name of the biwa is very foreign.

In Indonesia, grocery stores play an important role in fruit distribution. 63.34 percent of respondents claimed to prefer buying fruit in traditional markets, and 39.44 percent of other respondents bought fruit from local fruit kiosks.

Shopping in traditional markets is something Indonesian people do every day, especially in the morning. At dawn, housewives are usually already at the market to buy fruit, vegetables, meat, and other daily necessities. Morning is the most strategic time to shop for fruits and vegetables because they are still fresh and have just been sent from the plantation.

That is why not many respondents choose to buy fruit online. Because they want to consume fruit in fresh condition.

However, in recent years, people who live in urban areas have begun to like buying vegetables and fruit through start-ups, such as Sayurbox. In contrast to online stores, Sayurbox collaborates with several local farmers and only harvests their fruits or vegetables before sending them to buyers. The delivery distance is also limited to maintain the quality and freshness of the fruit and vegetables sent.

The issue of fruit freshness is essential for Indonesian consumers. This is the reason why 68.33 percent of Indonesians prefer to prepare their own fruit for consumption. They believe more fruit that is bought whole will be fresher than when it has been cut or processed into other food.

However, sometimes, for Indonesians with a limited budget, cut fruit is a pretty good alternative. For example, the price of watermelon cut at the supermarket with a size of 400 grams is usually valued at Rp 10.000- Rp 20.000. While the price of a whole watermelon is usually sold around Rp 50,000 per item (weighing about 5 kilograms). It is more expensive, but they do not need to spend IDR 50 thousand in one shopping.

Besides, for some consumers, such as office workers, they don’t need to bother peeling the fruit they want to eat. They also only need to buy fruit with the size of one meal.

In conclusion, as a tropical country, fruits are straightforward to get to Indonesia. The majority of Indonesians also like to eat fruit and even consume fruit every day.

However, the amount of fruit they consume is still below the minimum amount set by the WHO. Rather than cut fruit or juice, Indonesians really like fresh fruit that they prepare themselves.