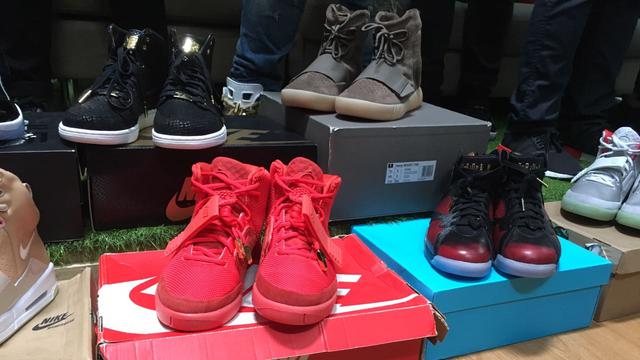 Shoes have become one of the most considered primary needs for a long time. However, with the various types of shoes offered in the market, some people begin to buy shoes for other purposes, such as hobbies or fashion.

Let’s see the survey conducted by Licorice to see Indonesians’ preferences on shoes. 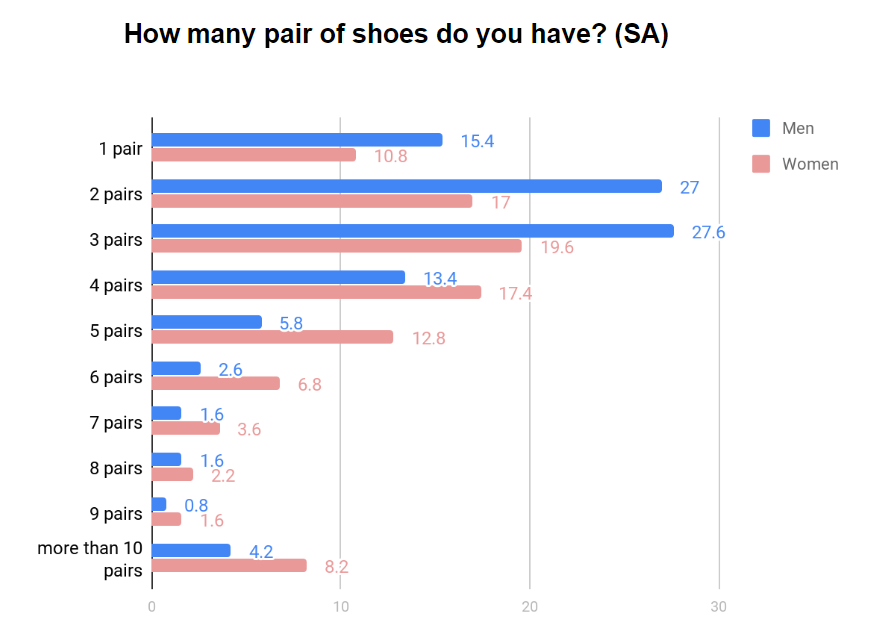 Now, look at the charts below to see the types of shoes most Indonesians prefer. 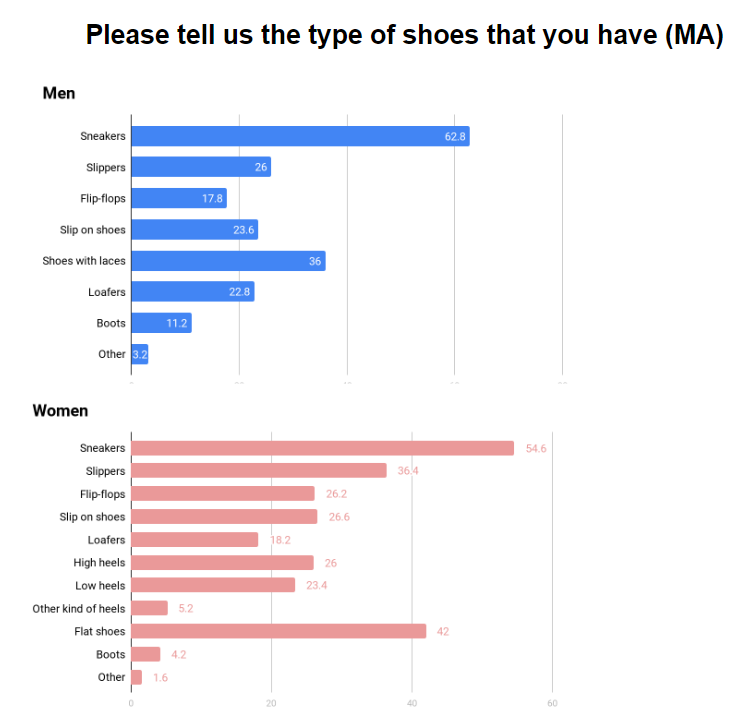 Shoes with laces are pretty popular for male respondents, with a percentage of 36%. Meanwhile, for females, flat shoes become the type of choice that 42% of them choose.

In Indonesia, the culture and popularity of sneakers have started since the late 1990s. According to the member of the Indonesia Sneaker Team, Pandu Polo, the sneaker was initially popular because it was affected by the popularity of skateboarding in Indonesia.

Since then, the development of sneakers trends in Indonesia has accelerated. In this decade, local and international sneaker brands have started to be found in the market. Previously, Indonesians only knew Nike and Adidas; now, the choice of sneakers in Indonesia is more diverse.

How much do they spend money to buy shoes?

Markets offer limitless types and kinds of shoes for people. Some are cheap, some are pricey. The cheapest price the respondents from both categories have ever purchased for shoes is in the range between Rp 50,000 – Rp 100,000.

One factor why the price of shoes in Indonesia is affordable is because Indonesia can produce its own shoes. In 2018. Indonesia ranked 4th in the world with a total production of 1.4 billion pairs of shoes.

Based on the records of the Indonesian Ministry of Industry, Indonesia also contributed 4.6 percent of the total shoe production in the world. In addition, Indonesia has 18,687 business units that produce shoes. 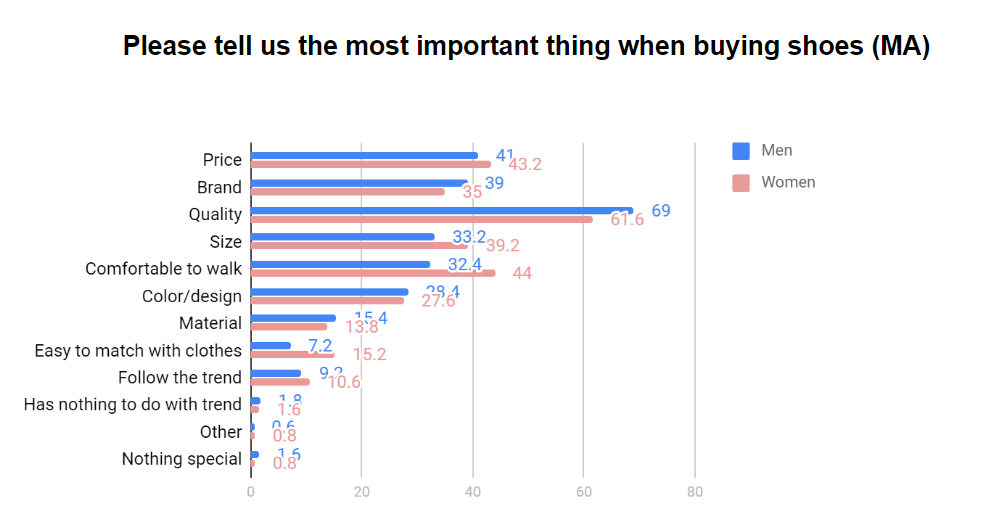 Speaking of selling shoes, there are a number of things that concern Indonesian people before buying shoes. 69% male and 61.6% female respondents agree that quality is the most important factor when buying shoes.

How about brands? 39% of males and 35% of females think that the brand is also an important factor to be considered when buying shoes.

Although the percentage is no more than a half of the total number, Adidas seems to be the most popular brand among both male and female respondents, with the percentage of 46.6% and 38.2%, respectively.

In conclusion, shoes are a necessity for Indonesians. On average, Indonesians will have more than one shoe in their house.

Sneakers are the type of shoes most favored by Indonesians, not only men but also women. At present, the trend of sneakers in Indonesia continues to grow. In Indonesia, local sneakers brands have even begun to emerge.