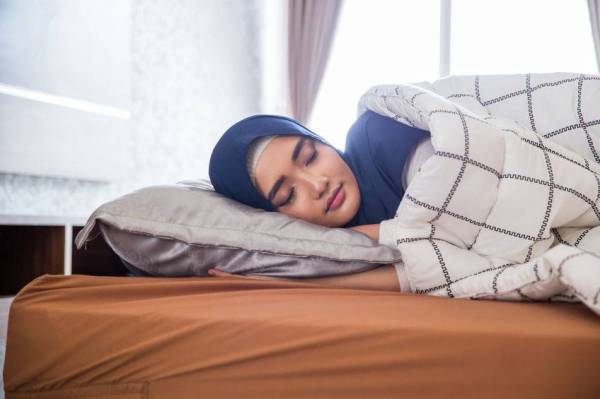 Sleep is a basic need for all humans, as is eating. Besides helping to restore the body’s energy, sleep can also improve memory, reduce stress, to make someone more youthful.

Every country usually has its habits about sleep. What are the patterns of Indonesians in sleep? Let’s see from the survey conducted by Licorice!

Indonesians tend to sleep less. If seen from the survey, only about 30 percent of Indonesians have an ideal duration of sleep (7-8 hours). The duration of sleep of each person is different depending on age. According to the Centers for Disease Control and Prevention (CDC), the ideal sleep duration is:

For Indonesians, weekends become a kind of ‘revenge sleep time.’ If on weekdays they have to work overtime, then on weekends they will make up for lost sleep time on weekdays.

Offices in Indonesia will start operating at 09.00 and end at 17.00. However, in big cities like Jakarta, due to road conditions, people usually have to leave home early. In fact, for people who live in the towns around Jakarta, they have to go at around 04.00.

A tiring and long time-consuming trip will be repeated when office hours go home. With the duration of the journey, which took quite a long time, Indonesian people slept less.

However, for workers, they can usually take advantage of an hour-long break for naps. If seen from the survey, there were only 10.2 percent of respondents who did not take a nap.

More than half of the respondents said that it was difficult to sleep. Although already in bed, but they still need time to be able to fall asleep.

Poor sleep patterns can have a negative impact on the body. Lack of sleep can cause the brain to become tired so that concentration is disturbed and will easily experience mood swings.

Lack of sleep can also cause a person to be obese. Because, while sleeping, two hormones are formed in the body; leptin and ghrelin. Both of these hormones play an essential role in controlling one’s hunger and satiety.

Increased hormone leptin will signal if the need for food is fulfilled, while the hormone ghrelin stimulates hunger. If these two hormones are out of balance, then someone can feel hungry in the middle of the night, even though they have already eaten.

What do Indonesians do before going to bed?

Eighty percent of Indonesians sleep in beds. Two types of beds are usually found in Indonesia: spring beds and cotton-filled mattresses. Indonesians also like to use soft pillows. They also want to sleep while hugging bolsters. Pillows, cushion bolsters, and blankets are necessary items on Indonesian beds.

Pajamas are usually more prevalent among women than men. Often, Indonesian men will sleep while wearing shorts while women will sleep wearing a negligee.

Negligee is quite popular among Indonesian women when at home. The dress that is usually made of cotton fabric is very comfortable to wear and practical.

Before going to sleep, the majority of Indonesians will drink mineral water. Interestingly, there are 12.8 percent of respondents claimed to drink coffee before going to bed. Coffee is famous for its side effects to ward off sleepiness.

Meanwhile, 12.4 percent of respondents claimed to drink milk before going to bed. Indonesians believe that drinking milk can help them quickly fall asleep.

Indonesians are not too fussy about light in the bedroom. If you sleep with other people, for example, during your field trip or out of town, usually they will ask, ‘do you want to turn off or not turn on the lights?’ as part of the pleasantries.

Although it sounds trivial, sleeping with the lights on can harm sleep quality. During sleep, the body will produce the hormone melatonin. Melatonin production can be inhibited if there is exposure to light from a lamp, TV, or gadget.

Sleeping in a state of the lights can make a person not get enough rapid eye movement (REM). According to the National Sleep Foundation, REM sleep can be beneficial for learning, improving memory, and improving mood.

With exposure to light during sleep, the brain will continue to work. Thus, the sleep cycle can be disrupted and will feel tired even though you have slept long enough.

Regardless of the quality of sleep, nearly half of the respondents claimed to be able to wake up alone while the other half must wake up with the help of an alarm.

In conclusion, Indonesians have a lower sleep duration than the ideal sleep duration. Some of the Indonesian people also have a terrible habit of sleeping under the lights.

How Important Is Weather Forecast For Indonesians?

Snacking as a Culture and Hobby In Indonesia