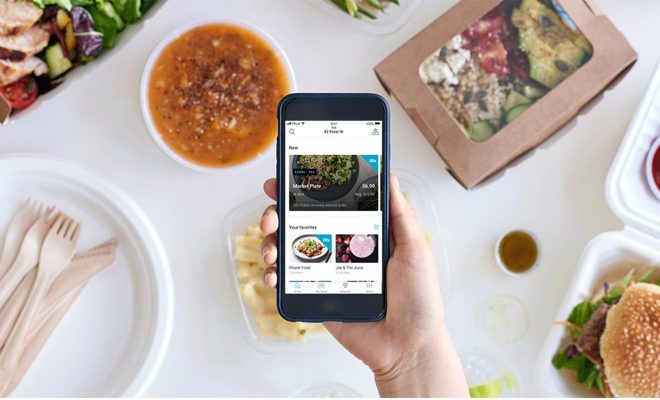 What are the habits of Indonesians in using food delivery services? Let’s look at a survey conducted by Licorice!

Online penetration is disrupting the food-delivery market in Indonesia. The population is backed with a smartphone and digital payment.

Over half of the Indonesian, which included in the study, claim that they have used a food delivery services. One-fifth of the proportion even uses the delivery options quite often while, on average, the majority of the consumer in Indonesia appoints delivery order 1-5 times per week.

In extreme cases, there is a 5 percent minority that utilizes the services every day, delivered right to their doorstep.

Most of the people order the delivery from the smartphone (60%), while 29% still use a phone. And a small minority (9%) order from the restaurant website.

The two gigantic players in the online food delivery market in Indonesia is Grab and Go-Jek. Two most valuable unicorns in South-East Asian that starting as ride-hailing service than start expanding to other aspects of daily life, including bringing food to the table.

Their ‘Ojek’ courier can be easily found crowding in front of restaurants and warungs in the big cities. Other food chains also have their delivery army that can be reached by traditional landline. But using the online app perceive more practical and free from line-charge.

Consumers now have a quicker, hassle-free option to get their meals. The rapid development of cashless mobile payments is also boosting the convenience of using food delivery apps. The wide assortment of food options that people can choose – from quick-service restaurants such as HokBen, Bakmi GM, and the local food you can find in a warung.

Speed and convenience after taste

The digital revolution is also opening access to the wide selection of cuisine – Indonesian, Western, Asian, European, fusion, and even some best selections of local street food in Jakarta. This food discovery has become a crucial part of the number one reason for choosing food the tastebud itself. Almost half of the respondents lean back on taste and product quality.

Based on the survey, the most popular food ordered remotely is fast food, including fried chicken (both traditional one or flourish Kentucky version) and pizza, which dominated by big retail chains such as Domino and Pizza Hut.

This popularity of this food that is also reflected in the second most significant variable in customer satisfaction: Speed. The consumer averagely waits 15-20 minutes for the food to come; they tend to choose a restaurant that big priority placed on “speed of service.”

People also want to order something that, in general, bothering to cook. It’s hard to imagine to deep-fry a chicken without making a mess. As some cooking utensil is not commonly used: Indonesian people don’t use the oven.

The price is so out of range, and the oven usage is sucking too much electricity (Indonesia tend to use smaller kWh electricity capacity). So, not everyone in the country has the privilege of baking. 6,4 % of the customer confess that they compelled to order the food because they are unable to cook the food themselves.

Besides fast food, the beverages are also a popular category, 17,6 % has ordered drinks instead of food. The trend of coffee and “boba” tea drinks has engulfed Jakarta.

Based on Big Grab Data 2019, Bubble Tea Sales Through GrabFood services has Increased 31 Times from the previous year. The trend of cold-pressed juice also starts making a comeback in the country.

On the other hand, some food is also limping in selling, such as salad and curry. For Salad, it’s not only ‘western,’ the one like with caesar or french dressing. It’s also a local salad such as “gado-gado” or “karedok” –a mix of vegetables with peanut sauce.

Curry also comes with a thick soup, which will get soggy in the closed container during the delivery. Those types of food perceived better to be eaten fresh from the table.

People choose delivery. When they are not in the mood to cook, to go outside, snowed under paperwork or suffering fatigue from their workload: In short, people seek convenience.

Despite the quality and speed, the price also plays an essential part in customer decisions. That’s why Gojek and Grab, investing heavily in deepening customer engagement and retention: reward, loyalty, subscription program, and of course, dishing out discounts and promos to ramp up food orders.

Indonesia society has an influential service culture, which built an expectation that the price they pay will come with on par customer service. When people are poring their pockets, they will expect a pleasant dining environment and polite waiters serving the table, not an ‘ojek’ handed in a plastic bag with your food in a cardboard box.

Meals are for home, enjoyed together.

Most orders—64 percent—were placed from home, while only 18,2 percent were placed from the workplace. The order was mostly made when people are gathering together with family, as often it substitutes the home-prepared meals.

People also tend to order food when they are hangouts with their friends. In Indonesia, it would rarely find a one-person dinner, as eating is such a communal experience in Indonesia. Food is often served in the center of the table and is to be eaten together.

As a summary, Most Indonesian people impacted by the digital revolution on the food delivery industry. Fast food is commonly popular because people are seeking to discover a great taste, with maximum convenience and pricing. All of that is now available in one tap away!