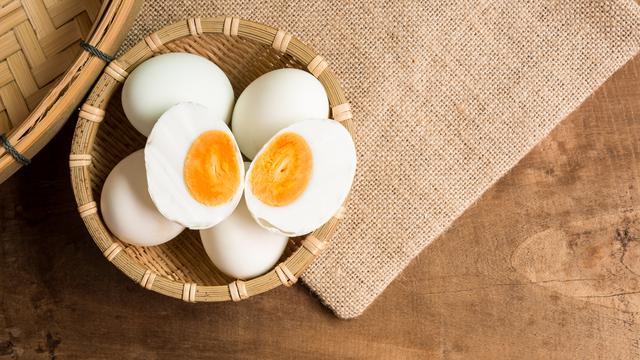 Eggs are a good source of animal protein for the human body. Instead of meat, eggs are also easier to process. Almost anyone can cook eggs.

Not only is it obtained as a side dish, but eggs can also be used as one of the primary ingredients for making bread and cakes. Because it is easy to get and is very multi-functional, eggs are one of the preferred foodstuffs, including by the people of Indonesia.

How much do Indonesians like to consume eggs? Let’s take a look at the survey Licorice has done!

When viewed from the survey, 97.2 percent of respondents claimed to like eating eggs. They claim to eat eggs almost every day or at least 2-4 times a week.

In Indonesia, population growth apparently also influenced the development of the livestock business in the laying hen’s segment. By 2025, it is predicted that Indonesia’s national egg needs will reach 2.5 million tons, with annual consumption per capita reaching 9 kilograms.

This figure is up 4.7 percent when compared to the level of egg consumption in 2017, which amounted to 1.78 million tons. With this data, the laying hen business is one of the business lines with a bright future in Indonesia.

According to Chairman of the National Layer Breeders Association (PLN), Musbar Maesdi, so far, the price of chicken feed tends to be stable. Chicken feed is usually sold at Rp 5,000 – Rp 5,200 per kilogram. Thus, the business of laying hens arguably has almost no obstacles.

The quality of eggs in Indonesia also continues to improve. The Indonesian government also banned the use of Antibiotic Growth Promoters (AGP) in chicken feed. Previously, chicken farmers relied on AGP to help with animal health problems.

With an adequate supply, the price of eggs in Indonesia can also be appropriately controlled. For Indonesians, eggs are an alternative to animal protein because of their low prices.

83 percent of Indonesians buy eggs because they are cheap. In addition, usually before buying eggs, they will check the size of the egg and the condition of the egg.

Free-range eggs are more expensive than broiler eggs because they are believed to have higher protein content. There are some fundamental differences between free-range eggs and eggs.

Free-range eggs are usually white and smaller in size, whereas chicken eggs are typically brown in color and larger in size.

Because the price is high, usually, Indonesian people only use free-range eggs as a mixture of herbal medicine. While eggs will be used for daily meals.

How do Indonesian people consume eggs?

There are several ways to cook eggs that are usually done by Indonesians. In addition to making sunny side ups, Indonesians also like boiled eggs.

In Indonesia, there is one egg menu that is usually always present at parties, namely eggs pindang (tea egg or marble egg). Actually, tea egg originates from China’s Zhejiang Province but is also popular in Indonesia.

How to make boiled eggs is quite complicated. Chicken eggs will be boiled until cooked. The cooked eggs are then cracked slowly until the water in the eggs comes out. After that, the egg is then boiled in a solution of tea, spices, and salt. In this way, boiled chicken eggs have a strong and distinctive taste. In addition, the cooking process like this also makes eggs more durable.

Unlike the Japanese who like to eat raw eggs, Indonesians usually don’t like eating raw eggs. Only 35.6 percent of respondents claimed to have eaten raw eggs.

In Indonesia, raw eggs are usually mixed into herbs. One of the most popular herbs is STMJ. Free-range eggs will be mixed with milk, honey, and ginger. The taste is sweet, spicy, creamy, very effective to make the body warm.

This drink is also believed to increase endurance and make the body more ‘stronger’. In addition, herbs consumed with raw eggs are also usually used by men to increase vitality when having sex. 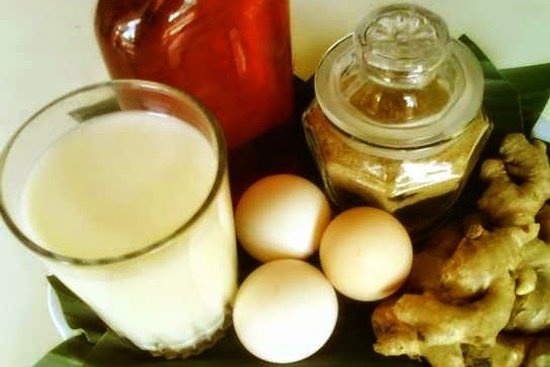 Apart from the benefits of these herbs, eggs have many good effects on the human body. Eggs have a strong antioxidant content that can maintain the health of the retina of the eye. Also, Lutein and zeaxanthin found in egg yolks can help reduce the risk of cataracts and macular degeneration.

Eggs also contain choline, which can help maintain brain health. Choline also plays an important role in breaking down the homocysteine ​​amino acids associated with the development of heart disease.

Cholesterol in food does not always increase cholesterol in the blood. However, for people who have diabetes, heart disease, high blood pressure, and cholesterol, it is recommended to limit daily egg consumption.

In conclusion, eggs are one of the main protein suppliers for Indonesians. Eggs are preferred because they are affordable and easy to cook.

Indonesians don’t like raw eggs. Usually, they will cook eggs by frying them or boiling them.