Goods Price Range in Indonesia, How Much is Considered as Reasonable? 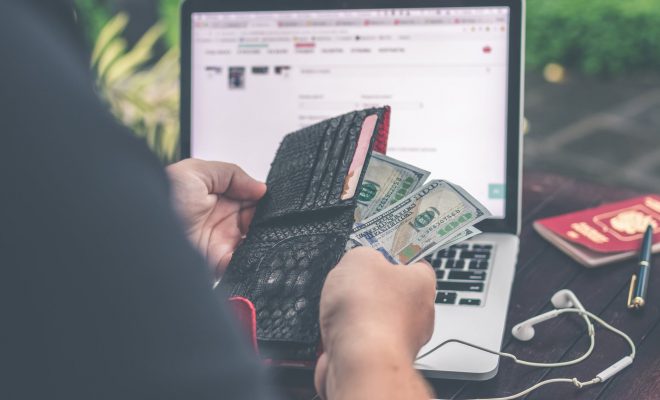 Q1. How much you will pay for a plate of fried rice? (SA)

The survey took fried rice as a sample of food. Fried rice is one of the easiest food that you can find in almost all places in Indonesia. Fried rice is served by street food stall until fancy restaurants. Of course, the price varies depends on where you buy fried rice.

Based on the result, 54.6% of Indonesian think that Rp 10 – 20 thousand is a very acceptable price for a plate of fried rice. Some of the respondents with a percentage of 31.8% think that it should be cheaper by saying that fried rice is only worth Rp 10 thousand.

Though not many, 7% of Indonesian still think that Rp 21 – 30 thousand is a reasonable price for a plate of fried rice. Some even willing to pay more than Rp 40 thousand. You may find this rather expensive fried rice in a cafe, or fancy restaurants.

From this result, fried rice price is considered reasonable by most Indonesian if the price is not more than Rp 30 thousand.

Q. How much do you usually pay for a glass of coffee? (SA)

A good day for Indonesian will be more complete if they were accompanied by a glass of coffee. Based on the survey, a whopping 76% of respondents think that a glass of coffee should be worth Rp 10 thousand. You might find this cheap coffee from a food stall known as “warkop” or street coffee vendor in Indonesia. They serve ready-to-drink instant coffee for your day!

About 16.4% of them think that Rp 10 – 20 thousand is still good for a glass of coffee. This coffee is usually sold by coffee express stall. This is the budget original brewed coffee.

A little 3.6% of respondents still consider Rp 21 – 30 thousand is worth to pay a glass of coffee. This kind of coffee usually sold in the cafe. The percentage is low since this kind of coffee market is rather segmented for people who really into coffee.

Based on the result, it is safe to say that coffee whose price is more than Rp 30 thousand is considered unacceptable by most Indonesian.

Q. How much pen do you usually use? (SA)

There was barely a percentage of respondents who usually buy a pen more expensive than Rp 15 thousand. So, the most bought pen in Indonesia is a pen with a price range between Rp 5 -10 thousand.

To complete the food and drinks, Indonesian need snacks as well. But how much they will pay more for their tummies? Well, not that much.

According to the survey, 31.2% of Indonesian pay Rp 10 thousand for their daily snack. 24.8% respondents said that they were likely to pay Rp 11 – 20 thousand per day for their snacks 25% of respondents are willing to pay 21 – 50 thousand in a day to buy snacks, while 8.6% other still want to pay more than 50 thousand as long as not more than 100 thousand.

We can say that there was only a small percentage of respondents who are willing to pay more than Rp 100 thousand for snacks in a day.

Q. How much do you usually pay for a regular movie ticket? (SA)

About15% of respondents still managed to find Rp 25 thousand for a ticket, which is considered cheap. There was a little 6.6% who usually pay Rp 101-150 thousand for a movie ticket.

It can be concluded that most Indonesian usually buy movie tickets with a price range of Rp 25 – 100 thousand per ticket.

Q. How much do you usually pay for a haircut in a salon? (SA)

Thus, we can say that ost of Indonesian think that a regular haircut in a regular salon should cost no more than Rp 300 thousand, with Rp 100 thousand as the most reasonable price.

Q. How much do you pay for smartphone apps or games in a month? (SA)

Microtransactions are globally trending right now. But, Indonesian doesn’t seem too interested to pay for apps or games. In a month, 48.2% of Indonesian only pay Rp 50 thousand for mobile apps or games.

There are not more than 12% of Indonesian who usually pay more than Rp 150 thousand for a month.

Q. How much you will pay for a USB cable for your smartphone? (SA)

USB cable is one of the essential stuff that usually carried by Indonesian. Despite cordless charge and cloud transfer already invented, most of Indonesian still use a USB cable to charge their smartphone and data transfer.

But, Indonesian do not want to pay that much for a USB cable. Well, of course USB cable prices are varied, depends on the type and material. But the survey said that 37% of Indonesian usually pay Rp 21-50 thousand for a smartphone cable.

Thus, the most optimal price for the smartphone cable price range is between 20 -100 thousand.

Most Indonesian think that Rp 10 – 20 thousand is a very acceptable price for a plate of food. They are willing to add coffee for their meals for Rp 10 thousand. Regular food and drinks which price is more than Rp 30 thousand are considered unacceptable by Indonesian. They will most likely add Rp 10 thousand for snacks. So, food manufacturers should reconsider if they want to sell expensive foods for a larger market.

Meanwhile for daily purpose, Indonesian buy pen which price ranges between 5 – 15 thousand. There was barely a percentage of respondents who usually buy a pen more expensive than Rp 15 thousand. For entertainment purposes, most Indonesian usually buy movie tickets with a price range of Rp 25 – 100 thousand per ticket. However, optimally the price of a ticket is Rp 50 thousand.

Most Indonesian think that a regular haircut in a regular salon should cost no more than Rp 300 thousand, with Rp 100 thousand as the most reasonable price for a bigger market.  You may still get customers if you want to build a luxurious salon, though it’s limited.

For peripherals, the most optimal price for the smartphone cable price range is between 20 -100 thousand. With this low preferred price range, it is unlikely for the manufacturer to market a good quality product which more expensive in Indonesia.

Indonesian Wallet Problems, What kind do they prefer?

How an Advertisement Attract Indonesian Buyer | A Survey