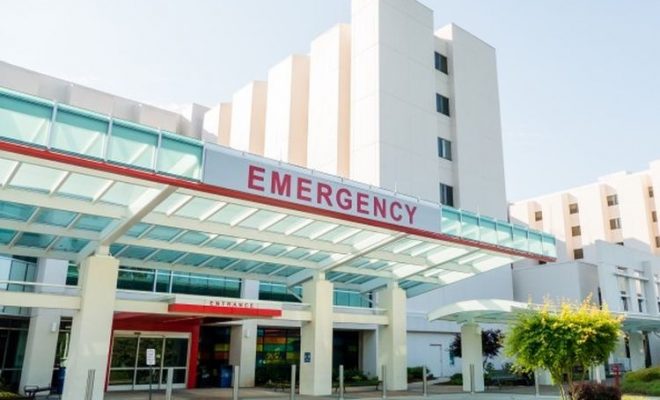 Hospital is an important component in human life, especially when it comes to health. In Indonesia, the first hospital was built in 1819, the Central Army Hospital (RSPAD) Gatot Subroto in Jakarta, during the Dutch colonial period.

At that time, the Army Hospital was still given the name ‘Batavia Leger Hospital’ (at that time, Jakarta was still called Batavia). In this hospital, a Javanese medical school was built known as the ‘School of tot Opleiding van Inlandsche Artsen’ (STOVIA) or Hindia Medical Education School.

After more than two centuries, how is the role of hospitals for the health of the people of Indonesia today? Let’s look at the survey that has been carried out by Licorice! 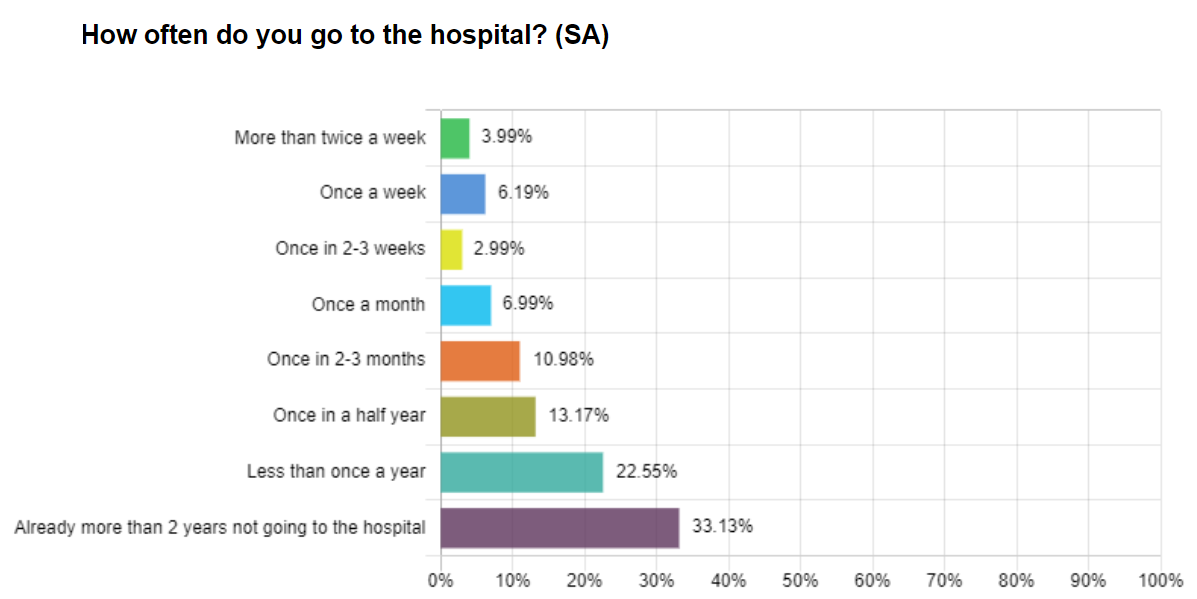 If seen from the survey, there were 33.13 percent of respondents who had never been to the hospital in more than 2 years. In fact, there is 42.71 percent of Indonesian people who claim to have never been hospitalized at all.

In addition, there is 22.55 percent of Indonesian people who have been to the hospital less than once a year. When going to hospitals, dental clinics, and internal medicine specialists are the ones most often visited.

For Indonesians, they will only go to the hospital if they are already seriously ill. However, if only the flu or cough, they will ignore the disease. Do not be surprised if, in Indonesia, there are still many workers or students who continue their normal activities despite the flu. As long as they haven’t fainted, usually, Indonesians will still feel healthy.

The unique fact is, when they feel unwell, Indonesians tend to buy herbs (they called it Jamu). One of the famous modern jamu in Indonesia is TolakAngin. 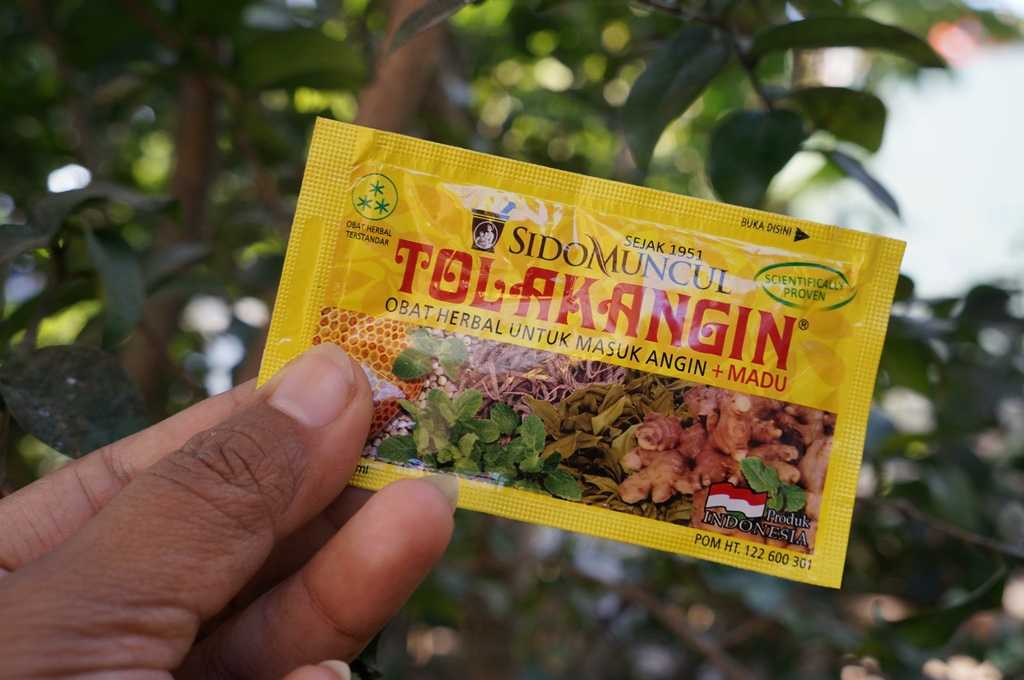 When they feel unwell, Indonesians will immediately drink TolakAngin or other modern herbal medicine and warm sweet tea! And then, like magic, usually, this combination is quite effective in eliminating mild flu and makes them feel better. This is a product that Indonesians always have and they always carry with them when they go abroad.

In addition to herbal medicine, there are several other traditional treatments that are often done by Indonesians. For example, gurah (cleansing mucus from the nose), cupping (sucking dirty blood), to massage.

In fact, when broken bones, there are still many Indonesian people who go to masseurs broken bones rather than to the hospital! There, the broken bone will be massaged until it reconnects. Sounds painful, right? But somehow Indonesians are more afraid of going to hospital than being massaged in broken bones.

The 2017 Nation Socio-Economic Survey shows that the use of traditional medicines in Indonesia is always in demand. The highest number of conventional medical practitioners is in West Sumatra, which is 53,000 people or 1.01 percent, while Papua is the lowest province, only 630 users or 0.02 percent.

So why do Indonesians prefer traditional medicine rather than going to the hospital?

In Indonesia, treatment at a hospital is always synonymous with expensive tariffs. In addition, troublesome administration problems in hospitals also make Indonesians reluctant to go to hospitals.

Based on this survey, only 7.78 percent of patients can immediately seek treatment without waiting. In addition, 73.86 percent of other respondents had to wait for 10 minutes to more than 1 hour to see a doctor in the hospital.

In Indonesia, there is actually a Social Security Administrator for Health (BPJS Kesehatan) program. This program has the same system as insurance, but with very cheap fees. Actually, this program must be owned by all Indonesian people. But apparently the new program that began in 2014 has not run perfectly.

In addition, in Indonesia, especially in rural areas, there are still many diseases that cannot be explained medically. Until 2020, the practice of shamans is still quite popular in Indonesia.

Word-of-mouth (WOM) also plays a big role in building perceptions to engage with alternative medicine and a healthy lifestyle. Such as ‘curing recipe’ or cancer prevention content that commonly found in the family WhatsApp group.

Speaking of information, there is 69.26 percent of respondents use the internet to find health information. There are many digital health start-ups that have emerged in Indonesia. For example Halodoc and Alodoc. Both of these start-ups provide doctor consultation services through applications, video calls, telephone calls, to chat. The consultation rates are also very cheap and affordable for everyone.

This digital consultation service is also supported by drug purchasing and delivery services according to prescriptions given by doctors. For example, the service of purchasing drugs according to a doctor’s prescription can be accessed on the GO-JEK or Grab application.

For less severe illnesses, Indonesians tend to prefer digital treatment from their homes rather than having to go to the hospital.

What Indonesian people do when they go to the hospital?

When visiting the hospital, the most crowded department is a dental clinic. There is one of three Indonesian who visits a dentist (30.4 percent). Oral disease poses a major health burden for an emerging country like Indonesia.  It can affect people throughout their lifetime, causing pain, discomfort, disfigurement, and even death.

The second clinic that has most visitors is the department of internal disease. The unhealthy lifestyle also affects the organs inside the body. Internists routinely see patients with conditions such as heart disease, hypertension, diabetes, obesity, and chronic lung disease.

It’s not surprising because according to the Southeast Asia Tobacco reporting (2016), 65.19 million Indonesian people is a regular smoker (well, Indonesia is also the largest tobacco producer in the world). Not only that, but Indonesia also positioned as rank sixth in the number of diabetic patients. Based on WHO’s data, in 2017, there are 10.3 million diabetic people in Indonesia and this number will keep rising.

How do Indonesians choose hospitals?

Based on data from the Indonesian Ministry of Health, until the end of 2018, there were 2,813 active hospitals throughout Indonesia. The number consists of 2,269 general hospitals and 544 specialist hospitals.

This number is actually not too much. Especially considering that Indonesia is a country that has around 6,000 inhabited islands (out of a total of more than 17,503 islands owned) and 267.7 million inhabitants throughout Indonesia.

Then, how do Indonesians determine which hospital they will visit?

When choosing their hospital to undergo the treatment, people rate that the most crucial factor is the advanced facility provided, followed by the excellent quality of the healthcare practitioner itself. The third determining factor is a recommendation from their closed circle.

When the facility and service within the country aren’t sufficient, people will seek help from outside. According to data from the Indonesian Ministry of Tourism and Creative Economy, 1.2 million Indonesian go to Singapore, Malaysia, and other countries each year for medical treatment. But, the government wishes to reduce health spending by Indonesian citizens abroad by improving the domestic quality and service offering.

In short, Indonesian people rarely come to the hospital, despite their low- awareness unhealthy lifestyle leading to a health concern. People in the middle-low income and reside outside the main island still having a challenge on hospital access.

Yet, they also can turn to an online health platform or take a leap of faith with the numerous practice of alternative medication available.

Living in an Islands Country, Why Do Indonesians Seldom Eat Fish from the Sea?

Why Do Indonesian People Rarely Wear Traditional Costume Every Day?