Indonesian Very Love With Manga and Anime, Why? 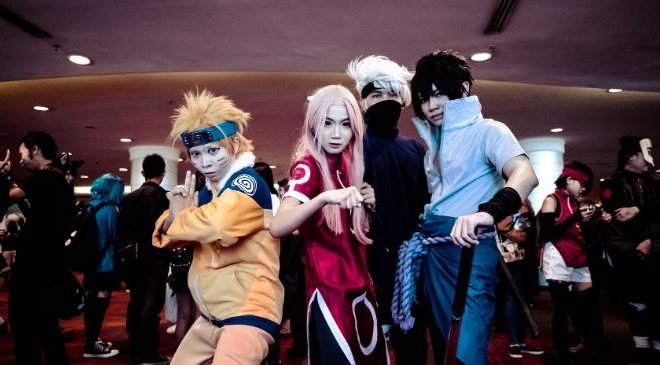 Q: Do you interest with Japanese manga and anime? (SA)

According to the chart above, 76.45% of respondent interest with manga. The next question is, what makes them like it? Long short story, manga has to enter Indonesian since one of the publishers, Elex Media Komputindo, introduce manga to the 80s kid generations.

According to Ratna Sari Abubakar, Managing Editor for Comics of Elex Media Komputindo who interviewed with KAORI Nusantara, the first manga that Elex Media published was the shoujo manga Candy Candy. After Candy Candy, Elex Media then followed it with Doraemon, Kung Fu Boy, and Dragon Ball through the 90s.

On the other hand, the popularity of manga also followed with anime. Some of the private TV stations, like RCTI and Indosiar, were brought Doraemon to the 80s kid generation. As time goes by, another anime series like Sailor Moon, Dragon Ball, until Naruto and One Piece becoming the new idol.

Look at this trend chart:

Q: Choose Japanese anime and manga do you know (SA)

From 500 hundred respondents, 46.31% said they know about Doraemon well. It followed with Dragon Ball with almost the same percentage, above 40%. Other famous contents are Naruto, One Piece, and Detective Conan.

Back in the past, in the 80s and 90s, platforms to enjoy anime and manga were very limited. You only could enjoy them on TV or DVD. It is different from this current situation which has internet as primary sources.

Q: By which source do you enjoy Japanese manga and anime? (SA)

Q: How often do you enjoy Japanese anime and manga? (SA) 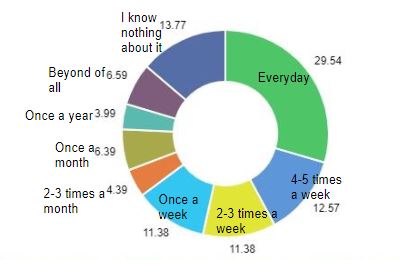 According to the survey, 29.54% of respondents said they enjoy Japanese manga and anime every day. Meanwhile, 11.38% do it only once a week. Even for only once a year, the percentage of respondents still 3.99%. So we conclude that anime and manga are very reasonable to make them addicted.

The first reason makes people addicted is the characters. With the powerful characters, either hero or villain, beautiful, cute, or very annoying one, audiences will easy to fall in love with. Sometimes, there is one condition to make us, readers or viewers, so relate with the character personalities itself. We are certain to find at least one in every series to become our role.

The second reason is plots. Anime and manga usually don’t have simple line story. The plots are always great from the beginning until the finish, and sometime they are not predictable. The creators of anime or manga input plots with the level of suspense, drama, intrigue, politics, and enough twists, mix in one line great story and make the audiences very satisfied.

So we can not argue more with why Indonesian are so adore with Japanese anime and manga. May we have ever been a die-hard fan of it or you could still be in. No one ever blame you with that, all the things you can do are keep calm and stay enjoy it.