Salary Becomes the Main Reason for Indonesians to Change Work 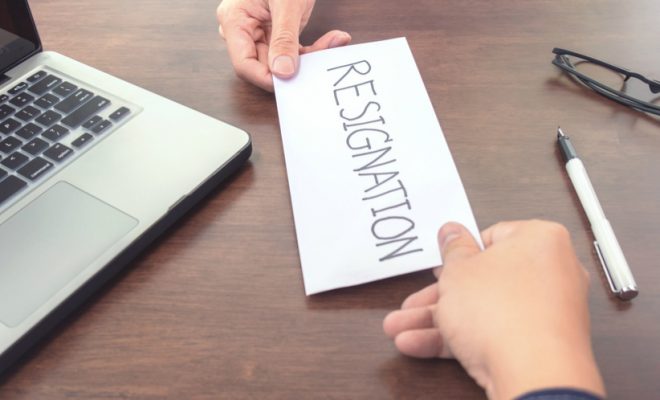 Switching jobs often is not the thing that gives a good impression. In fact, in Indonesia, people who have the habit of changing jobs are often nicknamed ‘jump fleas.’

Many people believe changing jobs often can make a person get a wrong predicate in the eyes of the company because the habit indicates if you do not have loyalty at work.

Then, what about the loyalty of Indonesian workers? Let’s look at the survey that has been carried out below Licorice!

Based on the survey, it turns out there is 45.8 percent of respondents who claimed to have changed jobs. For millennial workers, changing work is considered normal.

Generation Y or the millennial generation born in the 1980s – 1990s are usually more willing to change jobs than workers from the Baby Boomers and Generation X generations who were born before.

Uniquely, in Indonesia, there are around 80 million people, including generation Y. That is, one in 3 people in Indonesia is a millennial.

From the survey, there was 31.8 percent of respondents who had worked in 2-3 companies, while the other 21.4 percent had worked in more than three companies.

What is the reason for Indonesian workers to change jobs?

The salary problem is the main reason why Indonesian workers decide to change jobs. Another reason for consideration is because they do not feel comfortable with the work being done at this time.

In Indonesia, many people think that moving jobs is a shortcut to get more salary. The benefits offered by the company, such as bonuses to insurance and lunch facilities, are also other considerations.

Companies in Indonesia every year are required to provide salary increases for employees who are permanent employees. When entering the company, usually a person will undergo a trial period in advance between 3 months – 1 year (or more) to be promoted to permanent employment.

The longer you work at a company, the actual nominal salary increase will be even more significant. However, if you change jobs, your salary may increase by more than Rp. 800.000 depending on the offer.

With this consideration, Indonesian people tend to prefer looking for new jobs with higher salaries than waiting for salary increases. Additional salary increases are also not given to employees with an apprenticeship, contract status, or employees who are still on probation.

Because the main reason is money, Indonesian workers tend to change jobs after getting a new job. They are usually afraid to be unemployed for fear of not having an income.

Based on the survey results, 47.6 percent of respondents just quit their current job after getting a new job while the other 19.4 percent was looking for a new job after leaving work.

Aside from salary issues, Indonesian workers usually don’t overthink about other problems in the office. Indonesians even tend to be less concerned about changes in office operations, working hours, to their body’s condition at work.

What is clear is that most of the Indonesian people are not regret their decision to change jobs. More than half the respondents claimed to be happy after changing their careers.

In conclusion, even though Indonesians feel happy in their old workplaces, they will still move to another company that offers higher salaries. In Indonesia, it is easier to raise wages by changing jobs rather than waiting for promotions.

The time most often used to move jobs is after Eid. At Eid al-Fitr, Indonesians will get a holiday bonus (holiday allowance or THR) and a weeklong vacation. After that, they will find a new job.