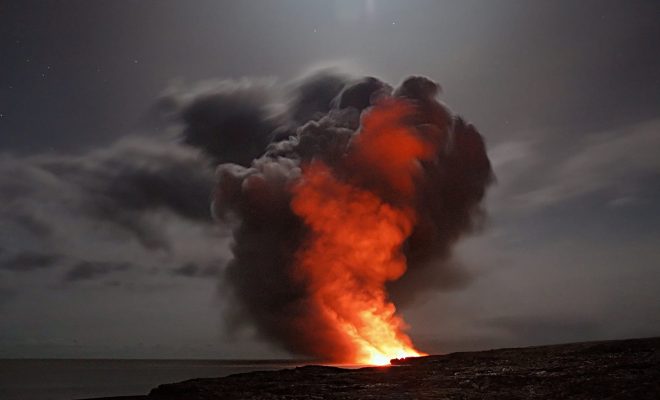 Indonesia had already hit by numerous natural disasters, such as floodings, earthquakes, tsunamis, landslides, volcano eruptions and many more. Unluckily, the condition is worsened with the fact that Indonesian awareness of natural disasters is still inadequate.

Let’s see how low Indonesian awareness of Natural Disasters Management based on a survey!

Q.What natural disaster that probably may happen in your surroundings? (MA)

Geographically, Indonesia is certainly prone to natural disasters. Based on United Nations Development Programs (UNDP), the Indonesian archipelago is constantly at risk of earthquakes, volcanic eruptions, floods, and tsunamis.

Located in the Pacific Ring of Fire, there is at least one significant volcanic eruption and one major earthquake in the country every year. A large tsunami can occur once in every five years. On average, at least one major natural disaster has occurred in Indonesia every month since the 2004 tsunami, including earthquakes, tsunamis, volcanic eruptions and events caused by climate change.

Indonesia has coped with the challenges of natural disasters for hundreds of years, with recorded earthquakes and volcanic eruptions dating back to the 13th Century. Even just from 1990 to present, the citizens of Indonesia have endured numerous natural disasters, including over a dozen major natural disaster events in the last 30 years.

Because of its geographic location along the Pacific Ring of Fire, Indonesia has suffered from hundreds of natural disasters including earthquakes, tsunamis, volcanic eruptions, and floods. Earthquakes with a magnitude of 5.0 or lower occur almost daily in Indonesia, while more major earthquakes have occurred about once a year throughout the nation’s history. These earthquakes often trigger tsunamis or floods that devastate communities.

The island nation has 136 volcanoes — 61 of which have erupted since 1900. Indonesia must remain in a constant state of natural disaster preparedness, as the country sometimes experiences multiple disasters in a single year. The infrastructure and economy of Indonesia also suffer ongoing impacts from its long history of major natural disasters.

Q. Do you think your surrounding is safe from any natural disaster? (SA)

Since most Indonesian thought that their surroundings are safe, then it is understandable why there are lesser Indonesian who had done a natural disaster simulation. Further explanation as shown by the graph below:

Q. Have you ever done natural disaster simulation? (SA)

Q. Is there any evacuation point around your residence? (SA)

Now, Let’s talk about what disaster that feared the most by Indonesian by observing the graph below:

Q. Which disaster do you think the most dangerous? (SA)

Among all disasters, Indonesian agreed that tsunami and earthquakes are the most dangerous. It is understandable since Indonesia had unpleasant experiences on many tsunamis or earthquakes. They are Aceh in 2004, Yogyakarta earthquake 2006, Palu Tsunami in 2018 and other several disastrous earthquakes.

Earthquake and tsunami created by the 2004 Indian Ocean earthquake on 26 December 2004 greatly affected Indonesia. It swamped the northern and western coastal areas of Sumatra and the smaller outlying islands off Sumatra. Nearly all the casualties and damage took place within the province of Aceh. According to the country’s National Disaster Relief Coordination Agency, 250,000 people are dead and 37,063 are missing. Also, the UN estimated that 655,000 people were homeless and sheltering in scattered refugee camps across the province.

Meanwhile, in May 2006 Yogyakarta earthquake (also known as the Bantul earthquake) occurred with a moment magnitude of 6.4 and a maximum MSK intensity of Damaging. Several factors led to a disproportionate amount of damage and number of casualties for the size of the shock, with more than 5,700 dead, tens of thousands injured, and financial losses of Rp 29.1 trillion ($3.1 billion). With limited effects on public infrastructure and lifelines, housing and private businesses bore the majority of the damage. Even the 9th-century Prambanan Hindu temple compound was also affected.

Other Indonesian worst experiences occurred in September 2018. A shallow, large earthquake struck in the neck of the Minahasa Peninsula, Indonesia, with its epicenter located in the mountainous Donggala Regency, Central Sulawesi. The magnitude 7.5 quake was located 70 km (43 mi) away from the provincial capital Palu and was felt as far away as Samarinda on East Kalimantan and also in Tawau, Malaysia. This event was preceded by a sequence of foreshocks, the largest of which was a magnitude 6.1 tremor that occurred earlier that day.

Following the mainshock, a tsunami alert was issued for the nearby Makassar Strait. A localized tsunami struck Palu, sweeping shore-lying houses and buildings on its way. The combined effects of the earthquake and tsunami led to the deaths of an estimated 4,340 people.

From the survey, it is known that Indonesians’ awareness of natural disaster crisis management should be enhanced. The enhancement could be done through comprehensive information that should be provided in most used mediums. There should be more national disaster knowledge provided on the internet, and television. On the government side, they also should prepare comprehensive natural disaster management policy, including preparing evacuation points around all disaster-prone residences.

Indonesia is a Huge Market of Japanese Cars! An Insight of Indonesian Cars Preferences

How much do Indonesian people like to eat ice cream? Let’s find out