The Bright Future of the Cinema Industry in Indonesia 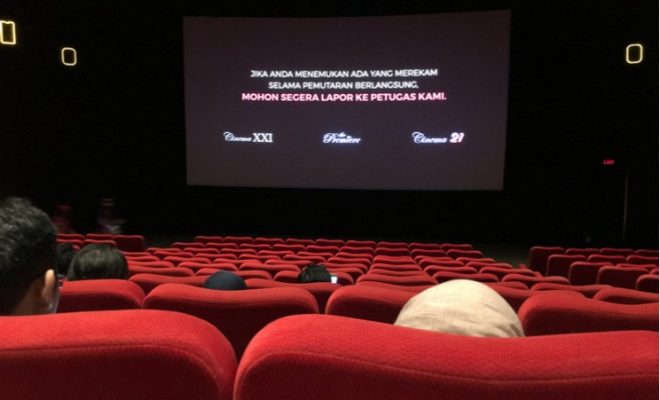 In Indonesia, watching a movie is part of the trend and social needs. From year to year, the growing number of screens also affects the increasing number of views in Indonesia.

Until May 2019, Indonesia was recorded to have 1,861 cinema screens. This number is predicted that will increase rapidly.

The amount of two thousand screens became an essential thing for the Indonesian movie industry. The reason this number almost equal to South Korea, which has 2,492 cinema screens in 2015. 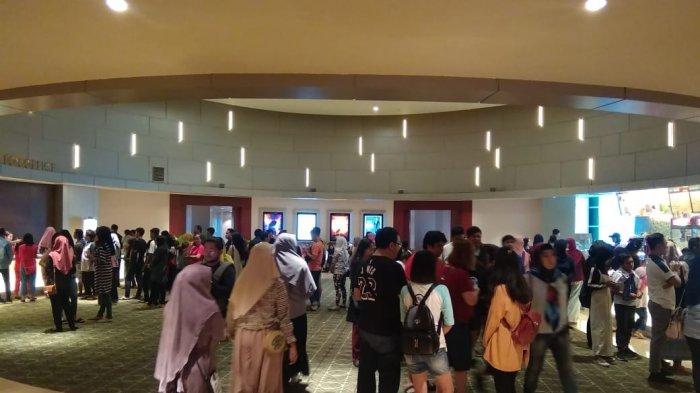 In Indonesia, Cinema 21 still the most cinema owner. They were followed by Cinemaxx, CGV Blitz, and the other independent theater that continues to expand their business from year to year.

According to the report of Motion Picture Association of America (MPAA) in 2018, Indonesia also managed to record revenues of $400 million. This number makes Indonesian successfully occupies the top 15 positions in the international market.

The Majority of Indonesia people admit to loving watched a movie. There is 61.2 percent who even like the film.

At least they will go to the cinema once a month. However, on several occasions, watching a movie in the cinema became a trend.

For example, when screening box office movies like Avenger. Indonesia people will in droves come to the cinema, even on the premier day, to be able to become the first to watch the movie.

Even when high requests, the cinema will prepare a special theater in the early morning. When screening ‘Avenger: End Game,’ some cinema provides a screening time at 3 am.

Indonesian who don’t have time to watch that famous movie usually will look for an illegal version from the internet. Although prohibited by the government, however, there is some unlawful site that can be accessed to watch the latest movie.

Usually, Indonesian people will watch a movie with family, couples, or friends. Often, they make watching movie activity as me-time.

In addition to box office movies that already have “guaranteed” demand, there are several genres that quite famous in Indonesia. Action genre, comedy, horror, and animation that usually very popular in Indonesia.

Documentary movies, biography, and musicals usually will difficult to sell in Indonesia. The exciting biographical drama if the figure told is local figures like the ‘Habibie-Ainun’ film.

Beside local movie, American movie usually is hugely sellable and dominate Indonesia cinema screens. Only a few cinemas such as CGV and independent cinema are diligent in showing a film from other countries.

Although watching a movie in the cinema has become a culture. However, Indonesian people don’t really like to spend their money to watch it. 34.4 percent of respondents admit that they only want to spend money maximum IDR 30,000 to watch a movie, and another 18.8 percent want to spend money up to IDR 50,000.

Even though in big cities such as Jakarta and Bandung, the lowest price to watch in cinema is 30 thousand to IDR 35,000 on weekdays. While at the weekend, the range of cinema watching price is 40 thousand to IDR 65,000.

Some of the cinema usually provide promo on certain days. The promo can also be obtained when buying tickets online or from ticket sales platforms such as TixID or GOJEK.

Rather than the cinema’s official site, Indonesia people tend to prefer buying tickets on location or through the third application. Because, from that application, cinema options, places, and the movie will be more diverse.

Cinema 3D or 4D usually isn’t very desirable. Beside because not all cinema has this facility, the ticket price that expensive becomes a consideration.

Overall, the cinema industry in Indonesia is very profitable. Movies with the action genre, comedy, animation, and horror are very salable, especially local products and America.
The ideal price for Indonesian people to watch a movie is IDR 10,000 up to the most expensive IDR 100,000.

What stuff do Indonesian prepared for Natural Disaster?

Why are Japanese Shoes Less Popular In Indonesia?