Indonesia and Their Social Media: A Unique Market for Fashion 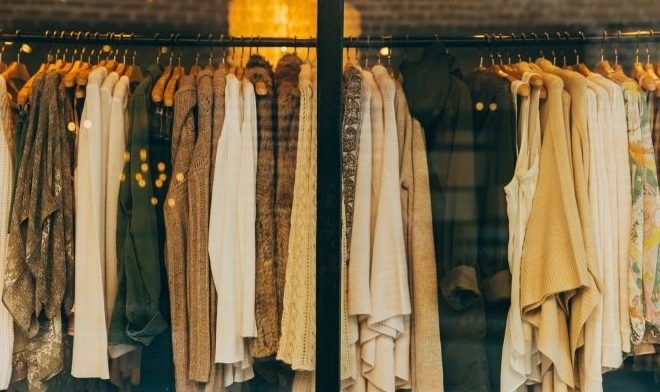 Clothing has leveled up from primary needs to be one way to express yourself. Fashion is one of the important things in human life today, including for Indonesians.

The State of the Global Islamic Economy Report 2018/19 highlights ‘significant growth potential’ in the sector, with Muslim spending on modest fashion forecast to grow annually to $361 billion by 2023 from $270 billion in 2017.

According to the report made by the Indonesian Textile Association (API) textiles in Indonesia valued about $15 billion with more than 2500 textiles, garments, and shoe manufacturers located in Java Island alone. In another hand, Bali has mentioned as one of the fashion cities in Asia and ranked in the fashion capitals annual list from Global Language Monitor.

Now, let’s take a look at research done on what Indonesian think about fashion.

Based on the survey, the majority of Indonesian people are interested in fashion. 53.39 percent feel fashion is very important. This indicates how the fashion industry in Indonesia today can develop rapidly and have a convincing future.

At least once a month the Indonesian people will spend money to buy fashion items. Usually, tops are more often bought than other fashion items such as bags, shoes, pants, and accessories.

Tops are the best-selling object because Indonesian people always try to be different every time. They don’t like it if others know they are wearing the same clothes on two different occasions.

Interestingly, even though they are very concerned about appearance, Indonesian people are not concerned with the brand, motif, color, or origin of the fashion products they buy. 53.19 percent of Indonesian people feel the quality is far more important before deciding to buy fashion items. 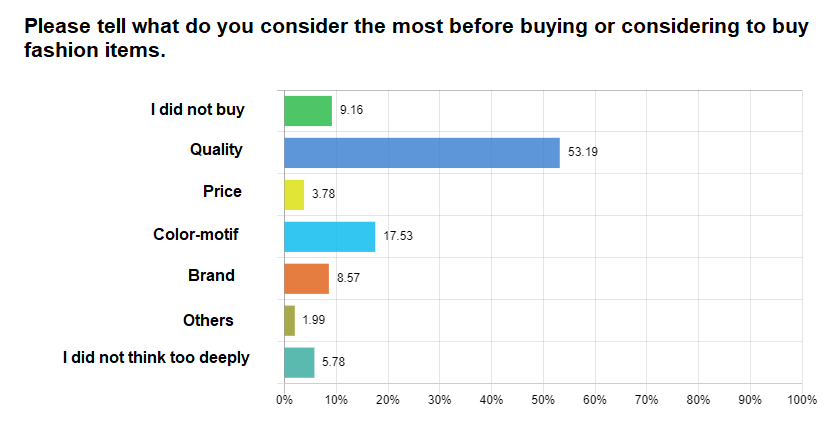 Red, blue, black and pink clothes are usually more popular in Indonesia. One reason is that the majority of Indonesians have tan skin. Thus, black and red are considered more suitable for their skin color. Whereas the blue color in Indonesia usually depicts masculinity and the pink color is considered to represent women.

The interest of Indonesian people with fashion objects makes them able to buy fashion items without having to wait for payday. In Indonesia, salaries will be paid on the 25th, 28th, 1st, or 5th of every month.

The issue of religion is also one of the considerations for Indonesian women before buying clothes. Although the majority of Indonesian people are Muslim, not all women wear hijab or modest fashion.

In Islam, hijab and modest fashion are usually worn by women who have passed puberty. Some women who follow Islam with more devotion, usually change all their clothes with Muslim clothes when puberty arrives. 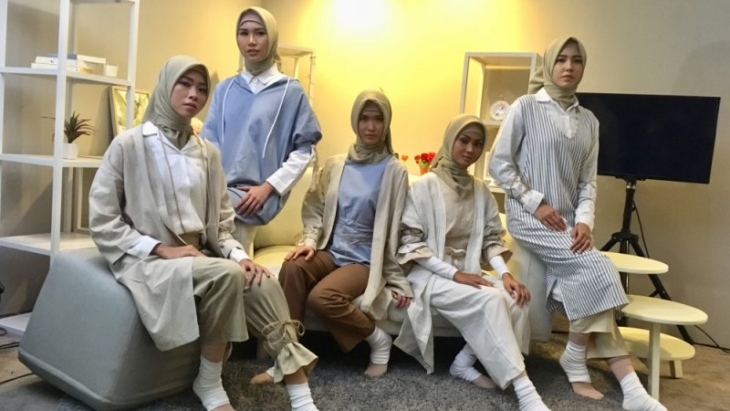 However, some other women choose to wear Muslim clothes after marriage or after feeling ready. Because, once they decide to wear modest fashion, they can’t use open clothing anymore.

But, in the month of Ramadan (Muslim holiday), modest fashion sales will usually skyrocket. During Ramadan, Indonesians have a habit of gathering with family and wearing new clothes.

Because Ramadan is a Muslim holiday, people will flock to buy modest fashion. Not only that, but the sale of religious accessories will also soar in the month of Ramadan.

Based on data from the Indonesian Ministry of Industry, in 2019 Eid al-Fitr, Muslim clothing sales rose 20 percent. However, when viewed individually, each seller can increase their turnover by 300 percent in the month of Ramadan.

However, fashion items in Indonesia can be sold at any time without waiting for a specific date. Indonesia is a tropical country that only has two seasons: the dry season and the wet season.

The only difference between the two seasons is only higher rainfall during the wet season. With a temperature difference that is not too large, a fashion item can be sold throughout the year.

What is the right platform to sell fashion items in Indonesia?

In the survey that followed 502 men and women from the age range of 10-49 years, two shops are usually used to buy fashion items in Indonesia: online shops and clothing stores. Very rarely are clothes or fashion items purchased elsewhere such as supermarkets.

With the development of technology, online shops tend to be more popular in Indonesia. In fact, in Indonesia, social media like Instagram and Facebook are also used as a fairly active marketplace. There are several popular online marketplaces in Indonesia. For example, Tokopedia, Lazada, Bukalapak, and Shopee.

On Facebook, it’s also easy to find groups that are used as places to sell. Usually, the group will be named the ‘Buy and Sell Forum’ or ‘Forum Jual Beli’  (FJB). For example, the Bandung Institute of Technology’s FJB is used by ITB students to sell and buy anything.

Whereas on Instagram, it is usually used by official shops to sell online. For example, the @democraticult account used by the Democratic Cult brand to promote and market the shirts they sell.

Meanwhile, Twitter is usually only used to promote local products. In their tweet, usually, they will include a link from their place of sale on Shopee, Tokopedia, Lazada, Instagram, etc., 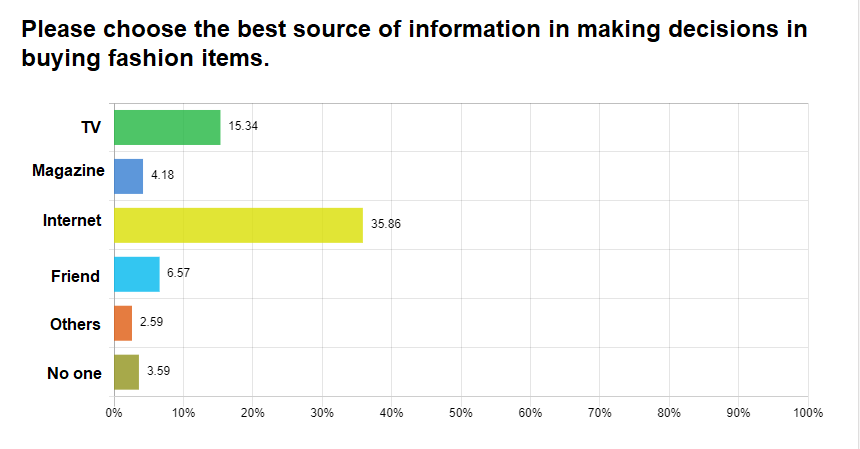 So, the majority of Indonesian people care about fashion and will spend money to buy clothes at least once a month. They are more interested in buying fashion items through online stores or clothing stores.

Promoting fashion items through magazines or television is not very effective in Indonesia. They are more interested in buying things after seeing ads on social media.

Even though they don’t care about the color of the objects to be purchased, red, black and blue objects will sell well in Indonesia. Quality is far more important than the brand or style.

Because Indonesia is a country with a majority Muslim population, modest fashion has become very popular. Clothing with an open style does not fit into the culture in Indonesia.

New Year New Me, Set An Insurance For Future Health Guarantee is Recommended