Do Indonesians Really Love Milk? A Survey on Milk Preference in Indonesia 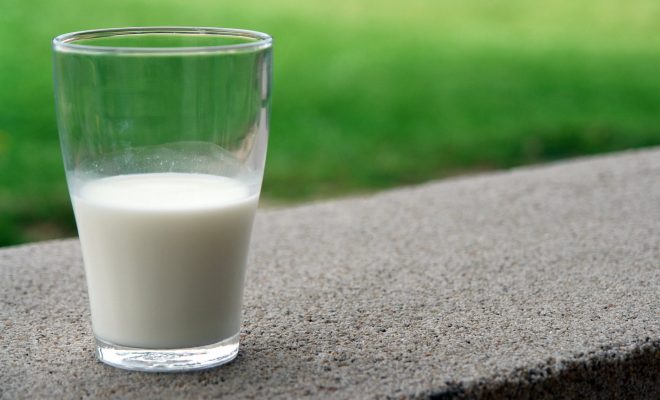 Milk is widely known for its healthy nutrients. Most of Indonesian claimed that they love drinking milk. They said that they drink milk for a healthy purpose as well. But, do they really like milk as they said? What kind of milk do they consume daily?

To find out the answers, let’s take a deeper look at a survey on Indonesian preference on milk.

What are their motives?

They said that health is the main reason for Indonesian to drink some milk, as shown by 26% male and 24% female respondents. It turned out that their breakfast meal is not enough and they need to enhance their fitness with milk.

It’s important to note that Indonesian liked drinking milk not just for a healthy purpose. Both males and females also drink milk because they simply liked it and its taste is delightful as shown by the charts.

When asked about their concern about milk, 75% of males urged to drink milk as often as possible because of its good nutrients. Almost 70% of female respondents also do so.

But what kind of milk do they drink?

Q. What kind of milk do you mostly drink? (MA)

Indonesian favoritism in Sweetened condensed milk is rather contrary to their reason on health since Sweetened Condensed Milk is considered ‘not that healthy’.

Sweetened Condensed milk is cow’s milk from which water has been removed, roughly 60% of it. It is most often found with sugar added to preserve the product. It is a very thick, sweet product, which when canned can last for years without refrigeration if not opened. The product is used in numerous dessert dishes in many countries.

A tablespoon of sweetened condensed milk also contains over 10 grams of carbohydrates, all of which are in the form of sugar. A diet high in added sugar can lead to weight problems, cardiovascular problems and diabetes, according to Harvard Health Publishing.

Despite all of those facts, Indonesian healthy milk sales are always on the peak. Based on the National Survey of Social and Economy Indonesia (Susenas), Sweetened Condensed Milk is the highest-selling milk in household communities, with a percentage of 66.1%. It is higher than powder milk (28.1%) and UHT (14.6%).

In 2018, sales of sweetened condensed milk (SKM) in Indonesia were once threatened in the retail segment. The reason is that the lack of clarity in the Sweetened Condensed Milk category, which is considered as a complement to food and ‘does not have milk content’ has caused public unrest some time ago.

However, after receiving certainty from the Food and Drug Monitoring Agency (BPOM) through the issuance of Circular Letter on SKM, the sales activity in the retail segment returned to normal. In its circular, BPOM said SKM was included in the subcategory of condensed and analog milk and was confirmed to be part of the milk category and its processed products.

When asked about the tastes, Indonesian males and females mostly drink chocolate milk, as shown by 40.85% male and 37.65% female respondents. Other than chocolate, both male and female drink full cream, and vanilla-flavored milk.

Q. Where does your milk come from? (MA)

However, Imported milk is still in need. Indonesian milk production is still low in the amount as shown by Indonesian Milk Outlook by Ministry of Agriculture of the Republic of Indonesia in 5 years projection below:

The growth of domestic cow milk production is in the range of 2 percent per year, while the growth of cow’s milk needs is more than 5 percent per year. The ministry also stated Demand or need for fresh milk and products its derivatives are expected to continue to increase along with growing population, economic growth, improvement in education levels, nutrition awareness and lifestyle changes.

It is clear that most Indonesian loves drinking milk. Their main considered factors are its health nutrients and their taste. It is important if the milk manufacturer produces a milk product which contains both aspects. in term of milk production, Indonesian milk domestic product is still incapable of fulfilling Indonesian needs in milk. So, it is safe to say that Indonesia still needs imported milk.

Why Indonesians like to shop at the convenience store?