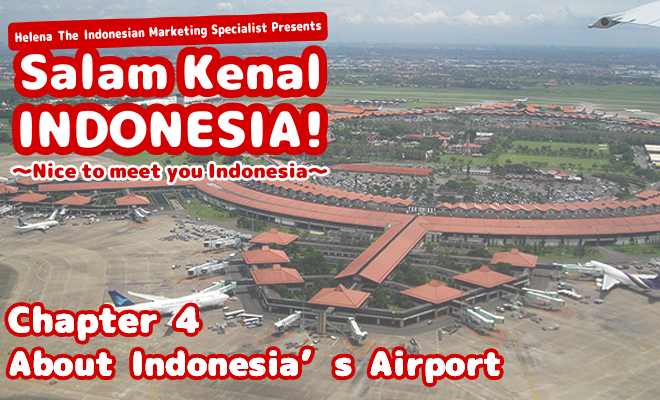 In this volume, A writer from Indonesia named Dito and I will talk about the latest monorail facility of Soekarno Hatta airport in Jakarta that has been operating since last year in December. 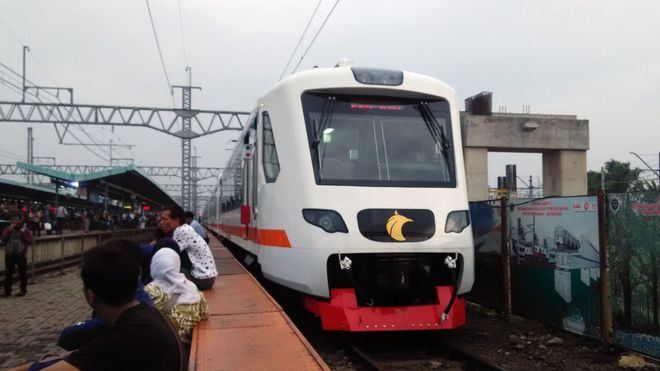 Without traffic jam, it will take about 1 hour to go from Central Jakarta to the Soekarno Hatta Airport. But nowadays it’s is traffic jam everywhere in Jakarta and it is difficult to predict how much time is needed to get to the destination. Especially for international flight, it is necessary to check in at least 2 hours before the flight, and it is hard to decide at what time one must arrive at the airport. Trying to help solving that issue, a monorail facility was built in Soekarno Hatta airport.

Also, Indonesia was the host of Asian Games that was held on August 2018, and it was necessary to prepare for the event by doing improvement on the transportation system to make sure that the event would go smoothly.

They prepared train, subway and monorail but the first one that finished was the Soekarno Hatta Airport monorail.

By the way there is also airport bus which going straight to the airport and cost about 450 yen which is cheaper than the monorail but since there are traffic jams, we still have to prepare and predict the time of arrival anyway.

There are some points that you have to know if you want to get on a monorail:

1. Make sure you know which arrival station to pick

The monorail only stops at 5 train station.

Among those 5 stations, BNI City is the one that close to Grand Indonesia Shopping Mall. It takes 8 minute walk to get there from the station, so it’s convenient.

2. Make sure to know the monorail schedule beforehand 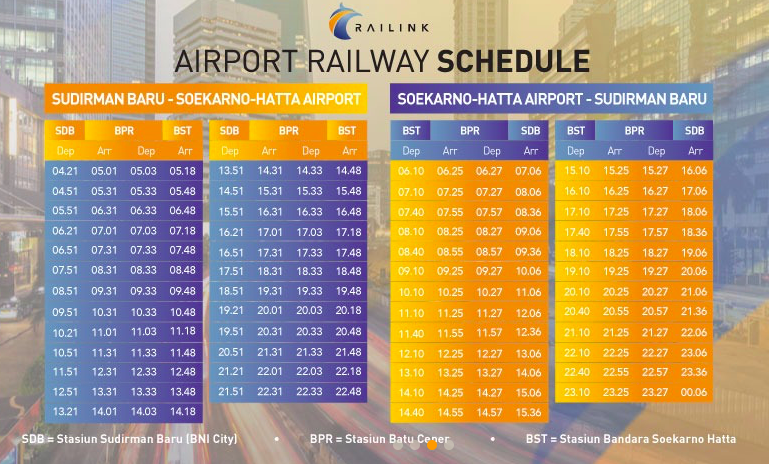 The monorail first train to Soekarno Hatta Airport leave at half past four in the morning and the one that goes from the Airport to Jakarta depart at 6.10 in the morning. The last train that goes from Jakarta to Airport depart at ten o’clock and the one departing from Airport to Jakarta depart at 23.10. Since the monorail is not operating 24 hours, it is necessary to know the train schedule. They have the monorail ready to depart every 30 minute.

3. How to buy the ticket 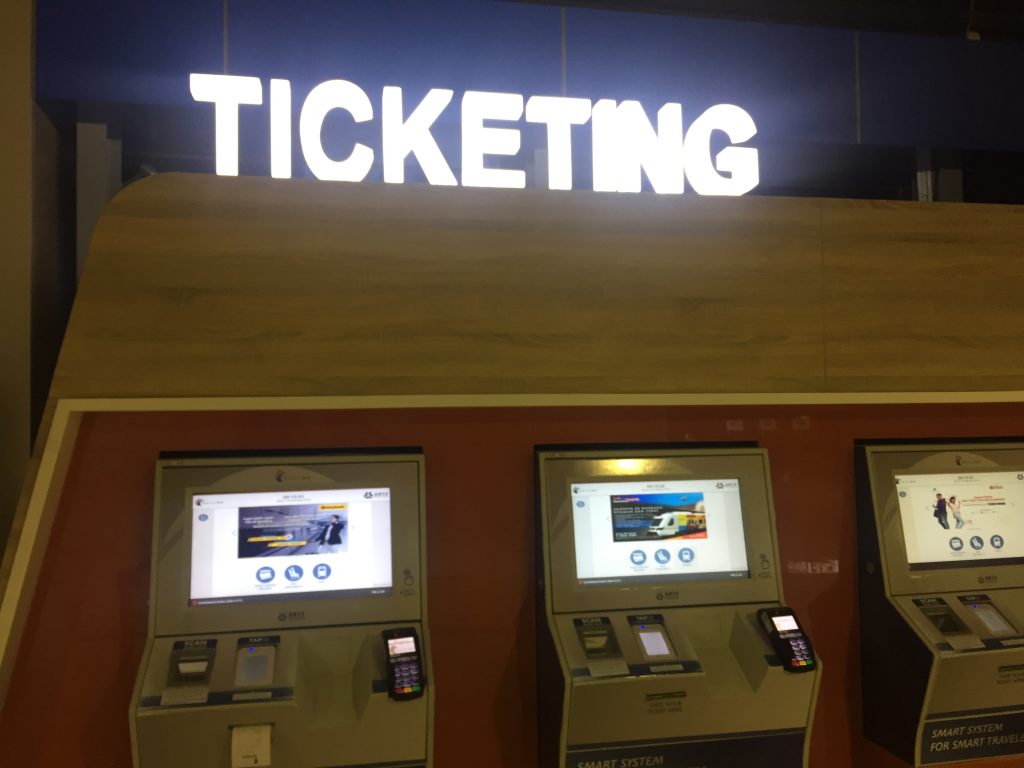 You can purchase the ticket only using credit card or debit card. There is 2 way to purchase, but I recommend to buy the ticket using the online option. For online purchase, there is special website, you can either download the application or access their homepage (https://reservation.railink.co.id.)

You will get your booking code after you paid and you can exchange the booking code with the actual ticket at the train station and then you’re ready to depart.

You can also buy the ticket at the train station, but the train ticket will stop selling the ticket 20 minutes before departing. Also, there is possibility of the ticket get sold out at rush hour, so it is important to be careful when considering on how you should buy the ticket. 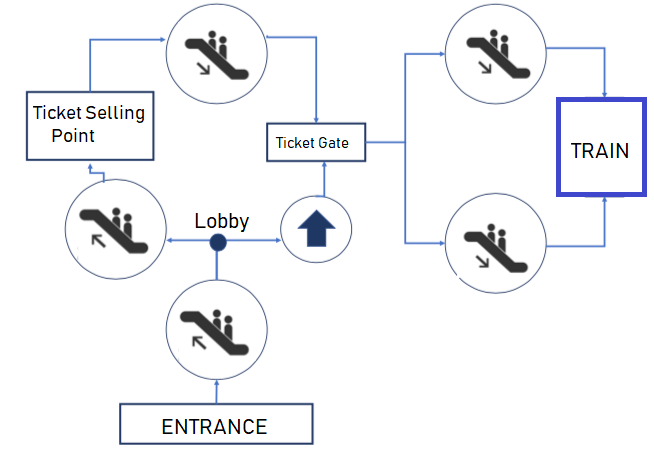 Once you arrived at Soekarno Hatta airport, you can ride the sky train to go to your departure terminal. This sky train has been operating since January 2018. 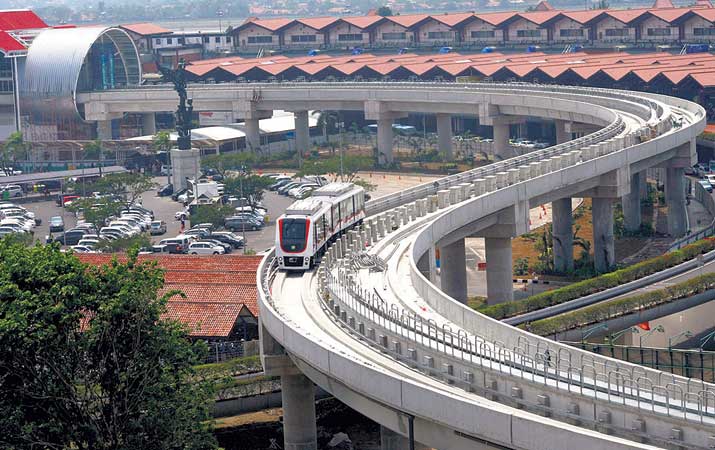 The sky train is scheduled to operate for 24 hour every day. It stops at terminal 1,2,3, the sky hub and also terminal 4 which scheduled to be ready for use starting next year. The distance between terminal 1 and 2 is pretty far but it only takes 3 minutes using the sky train. 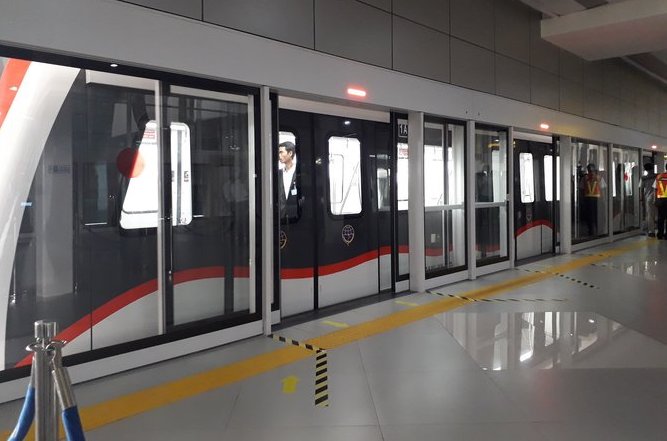 There is a sky train that stop at each station every 5 minutes.  Now the sky train is operating at 20 hour per day.

I think if the sky train operating 24 hours every day it will be very convenient.

In order to achieve more convenient life in Indonesia the development of transportation is progressing and it started with the sky train and Soekarno Hatta Airport monorail.

So what do you think? For you who want to know more about Indonesia, please leave your comment below!