Understanding Indonesian Transportation Needs, What Motorcycle do They Prefer? 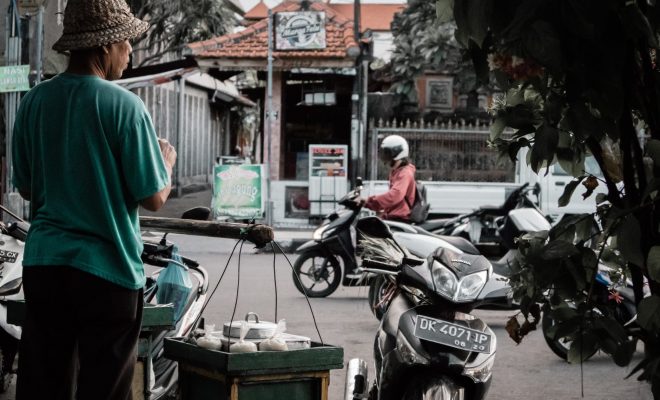 Motorcycle has been an integral part of Indonesia’s public transportation. Almost everyone in Indonesia uses a motorcycle. This gasoline-powered two wheels vehicle had become Indonesians’ favorite since dozens of years ago.

But what kind of motorcycle most preferred by Indonesian? let’s take a look at a survey done by Licorice.

The survey was taken separately by involving Jabodetabek residents and Non-Jabdetabek Residents. Jabodetabek is an abbreviation of four cities name Indonesia, which are Jakarta, Bogor, Depok, Tangerang and Bekasi. Jakarta is not only the capital city of Indonesia but also the center of government and business district. Meanwhile, the other four cities are Jakarta’s satellite city which supports Jakarta’s activity.

Q. What vehicle do you use daily? (MA)

The motorcycle is like a half-life of most Indonesian, mostly for lower-middle-class economies. To be noted, the use of emerging online taxi/transportation in Indonesia, specifically in Jabodetabek is also getting higher. The online transportation use motorcycles too!

The motorcycle sales in Indonesia during 2019 experienced a growth of 1.6 percent compared to the previous year. Based on data obtained by the Ministry of Industry, the total production of two-wheeled vehicles in January-December 2019 reached 7,297,648 units. Where, domestic sales accounted for 6,487,460 units, up from the previous 6,383,108 units.

By far, Japanese motorcycle dominates Indonesian roads both in Jabodetabek or Non-Jabodetabek. Let’s take a look at the survey result about Indonesian ownership on motorcycles below:

Q. What motorcycle brand do you have? (SA)

Supporting the survey, the data from the Association of Indonesian Motorcycle Industry show that Indonesian own Japanese motorcycle the most, with Honda as its top. Honda is followed by Yamaha, Suzuki, and Kawasaki.

But how fast motorcycles needed by Indonesian?

Q. How much engine capacity does your motorcycle have? (SA)

The motorcycle is undoubtedly not the safest alternative for vehicle choice. But, it’s the most effective way for Indonesian to reach someplace faster. Moreover, Jabodetabek’s big roads are always jammed every day. To face the crazy traffic jam, a motorcycle would come in handy, since provided transportation is considered not enough for the highly dense population.

125-150cc is considered enough for Indonesian. The speed will not be too fast in most crowded roads, but not to slow as well to catch their needs.

Q. What type of motorcycle do you want the most? (SA)

Both Jabodetabek and non-Jabodetabek residents prefer scooter motorcycle, with both percentages respectively 90.4% and 89.2%. There are only about 8% of both clusters who prefer sport motorcycles.

From the survey, we can say that Indonesian mostly prefer scooter automatic motorcycles. This is primarily because of its convenience. Automatic scooters are considered more practical for Indonesian daily use. On the contrary, sport motorcycle is used more for the style.

Based on the sale data of 2019, the top 5 best-selling motorcycles are all automatic scooter! They are Honda Beat series, Honda Vario ESP, Honda Scoopy, Yamaha Mio M3, and Yamaha NMAX. Honda Beat and Scoopy are 110cc, while Honda Vario is 125 and 150cc. Meanwhile, Yamaha Mio M3 is 125cc and Yamaha NMAX is 150cc. This highest sales contribution from the automatic scooter segment reached more than 80 percent of the total two-wheeler sales in the country.

Thus far, there is no aspect that differs Jabodetabek and non-Jabodetabek respondents in choosing a motorcycle.

Q. How much will you spend to buy your motorcycle? (SA)

The price range becomes the sole difference in buying behavior between Jabodetabek and non-Jabodetabek respondents.

Indonesian demand for motorcycles is high. It can be seen from the huge percentage of people who use the motorcycle on a daily basis. Their most preferred motorcycle is Automatic Scooter, due to its compactness and ergonomic. Indonesian would like to pay about 15-25 million for a motorcycle. With those minimum criteria, a motorcycle product would draw attention from Indonesian customers.