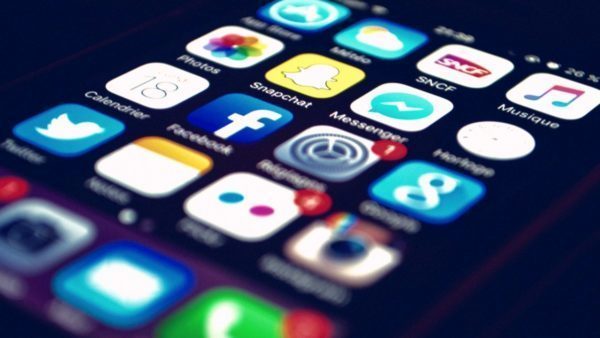 What are the habits of Indonesian people in using social media? Let’s see the results of a survey conducted by Licorice!

Based on a survey conducted by Licorice, there was 92 percent of respondents who had a Facebook account. In Indonesia, Facebook is not only social media but also a business platform.

Not only that, but Facebook is also commonly used to research business ideas, production processes, marketing, and sales. Not surprisingly, because Facebook is the most widely used social media in Indonesia.

As a small example, at the university level, usually, every campus will have a ‘buy and sell’ group. For example, ‘Forum Jual Beli ITB’ used by the Bandung Institute of Technology (ITB) students (You can see in the picture below). This group only accepts members who are active students or alumni of ITB. In this group, each member is permitted to offer goods.

The objects for sale in this group also vary. They were ranging from clothing, daily necessities, used goods, property, and catfish investments. Don’t laugh, but there really is an offer to invest in catfish in this group. Because members of this group are only ITB students or alumni, usually buyers will trust more. Because, if cheated, can immediately look for perpetrators on campus.

For students who have just graduated from college and are going home or moving cities, this group is very beneficial. Items that cannot be taken to another town such as mattresses and wardrobe will usually be offered in this group so that new students can buy them.

Some students also started their business from the ‘Forum Jual Beli ITB’ group. There is also a restaurant business that is offered from seniors to juniors in this group, as a way of learning to do business across generations.

On Facebook Indonesia, there are also many buying and selling groups that are grouped by the type of object offered. For example, a ‘preloved makeup group’ that sells makeup that is not used but is still suitable for use. Through this group, Indonesians can try authentic and expensive makeup or skincare product at low prices. Some even offer to share in a jar.

Besides Facebook, Instagram has also become one of the favorite platforms for buying and selling. Many stores prefer to offer their products via Instagram than other trading platforms.

The difference between Facebook and Instagram is if Facebook prefers ‘closeness’ and ‘certain types of objects,’ Instagram prefers to prioritizes visuals in advertisements. The better the picture that is displayed or, the more SNS activists are authorized, it will affect product sales.

In addition to business, some people like a variety of knowledge through a thread on Twitter or Kultwit (Twitter Lecture). Many experts and practitioners voluntarily share their expertise in the timeline according to the issues they have mastered.

Starting from the matter of copywriting, history, advertising, or about social movements. Usually, every tweet related to ‘lecture’ will be numbered to make it easier to read (because the maximum character on Twitter is only 160 characters).

SNS is considered as a strategic buying and selling media because the majority of Indonesians access SNS every day. At least, in one day, Indonesian people will make SNS for 5 hours or more. Also, SNS can be accessed via a smartphone. So, Indonesian people can open SNS anywhere and anytime.

If seen from the survey, in one day, the Indonesian people will upload at least one photo on the SNS. There is 26.8 percent who claim to upload 2-3 photos in one day usually. In addition to providing updates, Indonesians also like reading other people’s updates. Thus, SNS activities in Indonesia are very active and suitable for selling.

Overall, Indonesians are active on social media. In Indonesia, social media is not only used to communicate or see updates from people we know, but it is also used as a marketplace.

Do Indonesian want to get married? | A Brief Survey about Marriage