A Recommendation After School Activities, A Survey on Indonesian Extracurricular Preferences For Student 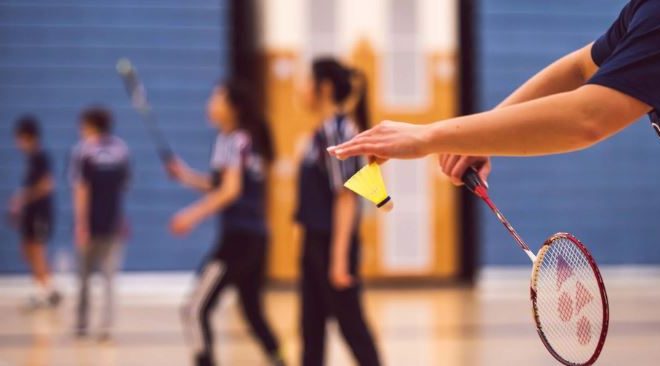 Students usually get bored if the school is only teaching about major subjects without sports or arts programs. To solve the problem, students will find their ways to join several extracurricular activities after school time.

How exactly Indonesian preferences on extracurricular activities for students? What activities do they enjoy it? How long they do it per day? How many times it provide per week? We’ll find out all of these answers through a survey which was done by Licorice.

Q: What sport extracurricular that you join during school? (MA) 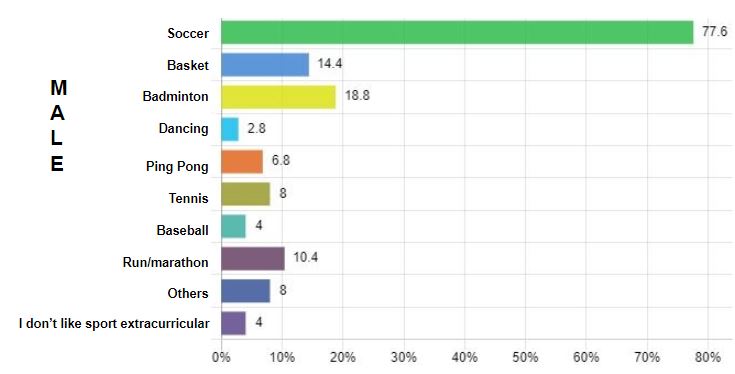 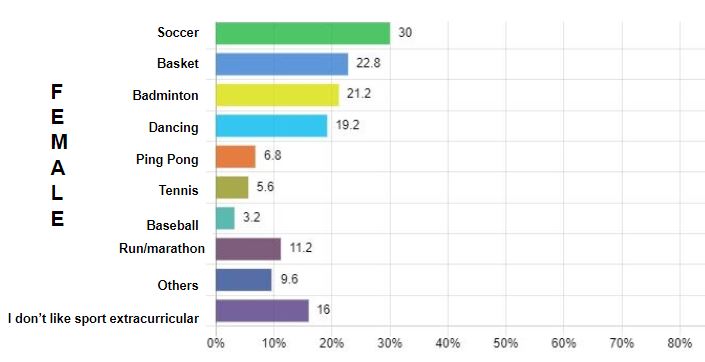 Besides soccer, respondents have shown their interest in Basket and Badminton. Females lead the chart for these two activities than males.

Then, the next question is, to show how respondents preferences about best frequent for students do sport programs per week? Look at the chart below:

Q: How often do you join an extracurricular in a week?  (MA) 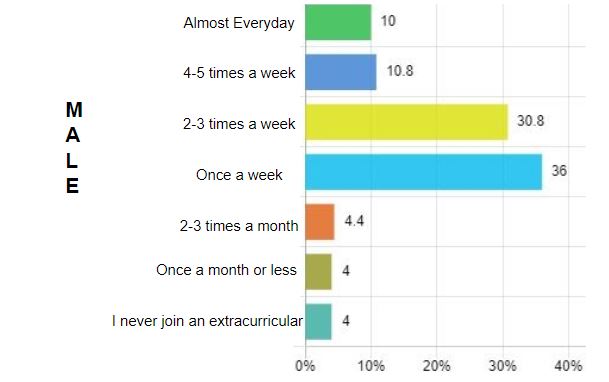 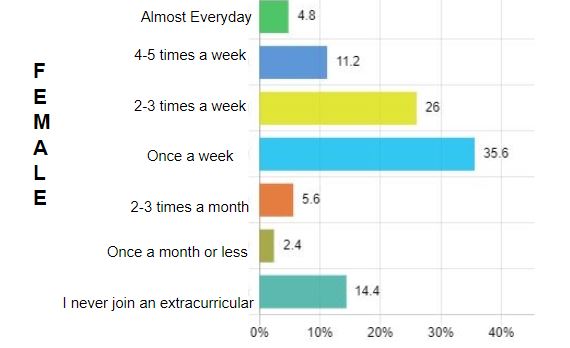 According to this survey, male respondents shown more often do sport programs than females. This might be caused by males in Indonesia to have more willingness in sport programs rather than females or even with school major subjects. Might another reason is because females not really like sweat and prefer to do for normal frequent for sport, for example only once in every week.

Besides sports, school programs also offer arts and sciences for students extracurricular. For they have preferred not to be so overwhelming in after school subjects, kind activities such as music, photography, drama, or even computer programming, will good options besides sports for students.  Look at the chart below:

Q: What extracurricular other than sports that you join in school? (MA) 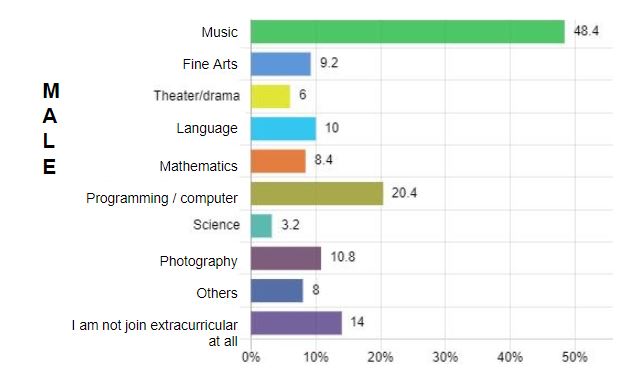 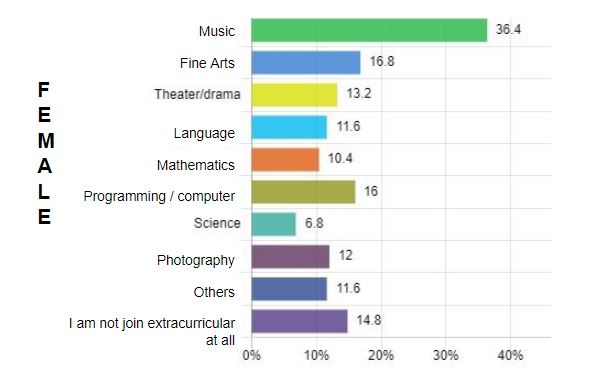 So, according to Indonesian female preferences, painting, drawing, or sculpturing are made female’s feeling calmer. It is very different from males answers that think about sport to compete with everything.

Moreover, photography has not far different points, between this two gender. But female leads 1,2%  of respondents than males answer. Sometimes, the reason why females interest in photography more is because they very like taking a picture. Either to capture someone else, scenery, and the females-itself or selfie.

After we know about other students extracurricular interests aside from sports, the survey is also asked about how many hours they spent doing arts and sciences? Look at the charts below:

Q: How long the extracurricular in a day? (MA) 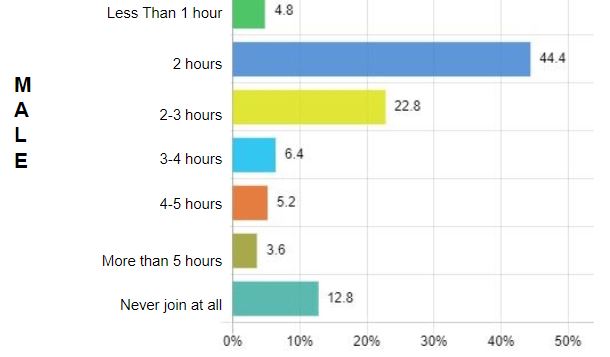 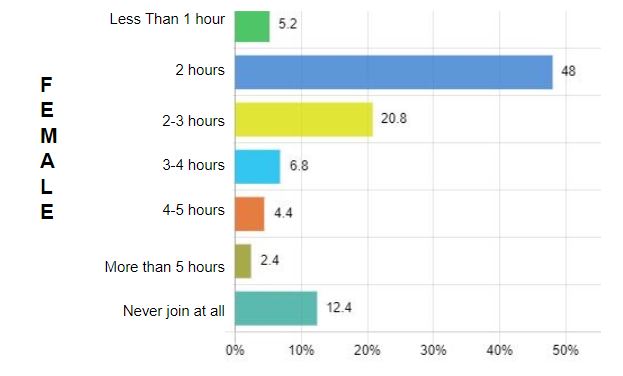 According to the data, males and females have the most likely the same preferences about the duration of extracurricular programs per day.

They feel  2 hours are enough to complete their activities after school time. However, about 20% of respondents, either male or female, two or three hours are also a good point to do extracurricular programs per day session. The trends show low respondents answer for less than one hour or above 3 – 5 hours. It may be caused students will exhaust if they do too much.

Q: Do you still like to do the activities that was your extracurricular in school?

According to the charts above, a small respondents said not doing the extracurricular anymore. But the big answer is yes, the trends show that no matter with your activities now, even has passed from school years, but the programs are still doing.

From the survey of student extracurricular preferences we can conclude that students are very interested in all programs. If we draw the patterns, soccer and music are the first rank of students charts.

These two programs highly popular than the others. After that, if the teachers or school scheduler confuse how long and how many times the time precision for students to do extracurricular, the answer is once a week and less than two hours.

If you could run this program conform with the survey, the student will probably enjoy joining all school subjects because they have extracurricular to let out saturated feeling after school time.

High Risk to Get Stress, Indonesian Workers Have To Be Careful